A peek at my new series

I’ve been working on the first book in this series for almost six months now. I want to give you a little peek into it, and show you some pictures that have inspired me. 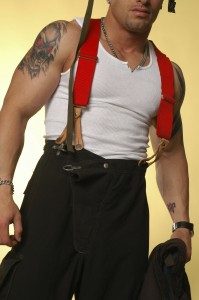 Say hello to Liam, a fast and loose Australian firefighter who died five years ago while doing his job 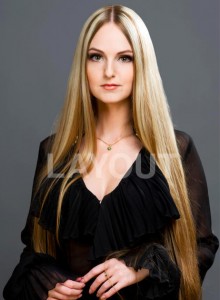 This is Adela. She was put to death in the 1600’s after being accused of witchcraft

Now what could these two possibly have in common?

After dying, they both had to become Angels of Death to atone for their sins on Earth while alive. And they don’t really get along . . .

“So did you hang around because you think you can learn something from me? Or perhaps you were thinking of seducing me?” Liam asked.
Adela shook her head and rolled her eyes. “Considering I’ve been doing this over three hundred years, I don’t think you can teach me a damn thing. And as for the seduction, even if it could happen, it wouldn’t.”
Liam laughed. “Ah, but I can be very persuasive, love.”
“Don’t call me love.”
“Okay, honey.”
Liam watched with a twinge of satisfaction as anger crossed her face. Why he liked to get this angel riled up, he didn’t know. Maybe it was because she looked so damn hot when she was mad.
“Piss off,” she said, checking the device at her wrist.
“Oh, come on now, Adela. Such awful language from such a pretty mouth! You know that’s a total turn-on for me, right?”
She glared at him, then looked at her wrist.
“That’s strange,” he said, “I’m being called back to Heaven.”
“As am I,” Adela said.
“Would you care to travel together?”
Adela shrugged. “Not really.”
“Ah, come on, woman. Even an old, cold witch like you can’t resist my charming ways.”
Adela gave him a small smile. Not the one he was looking for, but he’d take it.
“Actually, if you call that charm, you have a lot to learn. And you’re extremely easy to resist, Liam.”
Liam threw his head back and laughed. It was the first time she had ever used his name. “I can tell I’m breaking you down, Adela,” he said, unfurling his wings as she did the same.
As they lifted up in the air, they flew together through the night in sync.“I knew you’d go home with me,” Liam said.

When a series of events happens on Earth, these two are forced to become Angels of Affection, those angels who help people fall in love.

And, they get to be human again.

Will they succeed in their mission of helping Jeff, a cop whose wife left him for another man, fall in love?