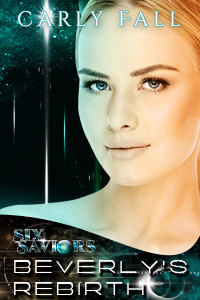 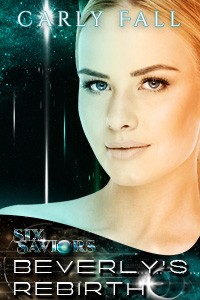 There’s no doubt that Beverly has had her share of ups and downs. When we last left her in REBORN, she had told Hudson that she was pregnant with his child, he was happy about it, and they were about to be mated.

In Destiny’s Shift, we see Beverly and Hudson happy with their baby, but what happened in between those two books?

This is Beverly’s journey into motherhood.

And it’s not an easy ride.

This book also answers the question that many readers emailed me about: What are they going to do with Beverly being fully human?

**Please note:  this is not a stand-alone book.  This is a novella that is to be read between REBORN and Destiny’s Shift.

A minute later, Beverly pushed, and Cohen lifted the baby from the water. Hudson felt like his chest would explode with pride, as he was the proud Papa of a baby boy who had a head full of black hair.

The baby began to cry softly, and the sound made Hudson feel like someone had just stabbed him through the heart. The sound was nothing like he had heard before. The wail sounded like hope, despair, and the need for love all rolled into one long syllable.

“What’s wrong with him?” Hudson asked, panic lacing his gut.

“Nothing, that’s good. They’re supposed to cry. You want to cut the cord?”

That would be a definite negative, a “hell no” of epic proportions, and Hudson shook his head.

Hudson stared at the crunched-up little face, the little mouth that formed an O. He briefly counted the baby’s fingers and toes, and was happy to see ten of each. The cry from the kid increased tenfold.