Beyond the Past – Book 2 – Supernatural Renegades 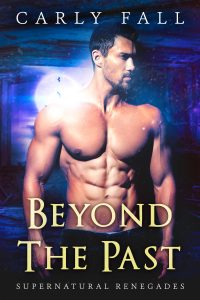 While trapped in a convenience store on a snowy New Year’s Eve, Marine Lucas Tate made a promise to his childhood sweetheart and future wife, Gabby—he would never leave her side again. Twelve years later, he’s done just that…

While serving in Guatemala, Lucas survived an accident that left him with the supernatural capability of seeing visions of people dying before they actually do. To protect Gabby from his secret and those who gave him the ability, Lucas leaves her, drops out of society, and becomes homeless on the streets of Reno, Nevada—until, one day, he is given a chance at a new life by a stranger who calls himself Joe Smith, on the condition that he sober up and regain his physical strength.

Anger and sadness become Gabby Tate’s companions as she struggles to get by without her husband. In her search for answers, she finds herself caught up in a world she never knew existed, and suffers greatly at the hands of those hunting Lucas. Reunited by fate, Lucas and Gabby must join forces to stop his persecutors. Through betrayal and heartbreak, Lucas must reveal his secrets to Gabby, who is now faced with the biggest decision of her life: Can she go beyond the past and forgive Lucas for breaking his promise to her not once, but twice?