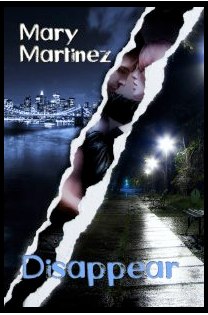 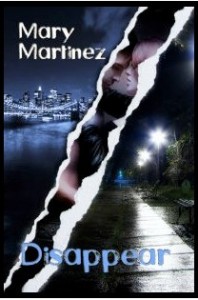 I’m happy to welcome Mary  Martinez today and her book Disappear, and she has been kind enough to offer up a book for a giveaway!  But first, Mary is going to share a little bit about the book.  Read about it, and enter below…

Thank you for hosting me during my book tour. I am very excited to be here.

I thought, I would sort of go with the theme of the blog today. Where Fantasy Meets Romance, except insert paranormal for fantasy. Maybe you’ve heard the term, write for the market? My perception of that is to write a story that will fit in with the most popular craze of the moment.

This can be rather hard to do if you’re writing a novel and it takes you more than a few months to write it, because craze’s tend to change or evolve into something the same, but a little different.

I decided to test this with my series. It was a couple of years ago at the Romance Writers of America National conference in D.C. Paranormal was all the craze and workshop after workshop and author after author was recommending that if possible you fit your story in the paranormal genre.

The Beckett Series is suspense, very far from paranormal, but my roommates tried to help me by brainstorming to bring a bit into the story. I wrote pages of notes, came home and revised the first book appropriately, had a prologue in each of the books, which I revised to fit each Beckett, etc. I think I worked on it for a few months—all time I could have been working on polishing to submit, or a new WIP. But I had to try it.

It just didn’t work. I won’t go into all the details of what I’d done, but it made it pretty much Fantasy. Because even in a paranormal suspense the story line wouldn’t have been believable to the reader. So I removed all the extra added paranormal elements. And polished it and left it at plan ole Romantic Suspense.

However as I read through my manuscript during the edit/polish process I found one bit of the ‘paranormal’ left in. I was about to take it out, but thought, why? It doesn’t ‘make’ anything magic or fantasy or paranormal, it’s just a reference that I’d forgotten to take out. Instead of reworking the scene, I left it. It worked and it gave one of my characters another dimension.

Anyone who has read Disappear, do you have any idea who or what I’m referring too?

Do you live in Salt Lake City? Well I am having a Book Signing and Boutique extravaganza at the only winery in Salt Lake City on June 1, from 6 p.m. to 8 p.m. I’d love to meet you! You can check all the details here: http://www.marymartinez.com/Book%20Signing%20and%20Boutique%20Extravaganza.pdf

Bewitching Tours will be doing something called the Rafflecopter. It keeps track of everyone who follows me on Twitter or ‘like’s my Facebook page, follows my blog, or anyone who subscribes to my newsletter will all have entries for the drawing that will take place at the end of the tour on June 4th. There will be four winners and they will have their choice of a download or print book of any of my books.

Thank you, Carly, for hosting me today! I’m thoroughly enjoyed my book/blog tour!

What Disappear is about

After two years undercover as an FBI agent to infiltrate a crime organization and discover the identity of a hit man, Tyler Beckett’s cover is blown. Tyler’s new assignment is to protect the only witness who can identify the mysterious killer. If only he didn’t find her so attractive. Each day it becomes harder to keep his objective, especially since he knows the interest is mutual.

Keira Cavanaugh is the only witness to a hit ordered by a crime boss.  The safe house is compromised and the same hit man shoots Tyler. Fearing Tyler is dead, Keira plans revenge on the crime organization. She must fake her own suicide in order to survive.

When Tyler discovers what Keira plans, he realizes he must stop her before he loses her for good.

Trailer for The Beckett Series http://www.youtube.com/watch?v=2C5UVaEEG60 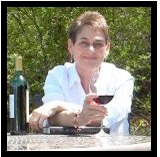 Mary lives in Magna, a little town west of Salt Lake City, Utah. Together with her husband, she has six grown children, and five wonderful grandsons and 2 beautiful granddaughters.

Mary and her husband love to travel, especially to the Caribbean for relaxing and Italy for the wine. With the experience from the exotic places she has visited, she is able to fill her books with colorful descriptions of cities, painting a colorful backdrop for her characters.

Mary and her husband are avid college football fans. They have season tickets to the UTES, University of Utah Football and they tailgate every game. They love tailgating so much, that they were married at a tailgating in 1999.

Mary is a member of the Romance Writers of America and several sister chapters. She has published several articles for her local Utah RWA newsletter. They have appeared in several other chapters’ newsletters.

For the rest of the tour…. 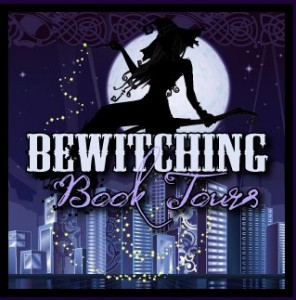