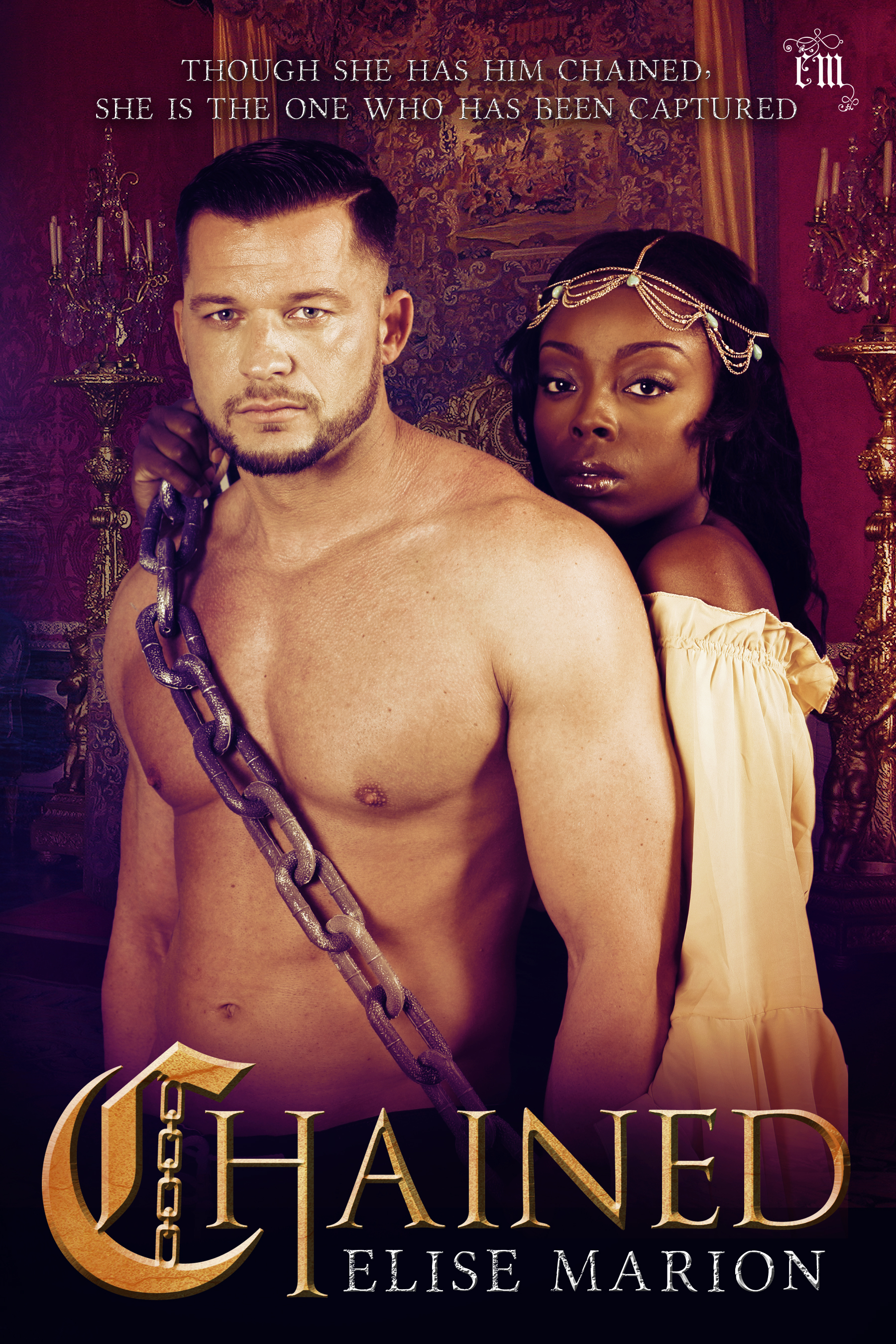 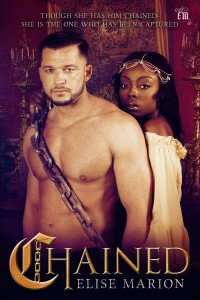 I’m very happy to be hosting Elise Marion today and her new book, Chained. Please check it out and I will be gifting two copies on July 8th. To enter, simply leave a comment with your email answering this question: Would you ever want to be a queen? Why or why not?

Sir Caden Maignart has been captured, beaten, locked in a dungeon, and wrongfully accused of kidnapping and oath-breaking. Determined to free himself and his men, and clear his besmirched name, Caden does not count on the willful nature of his captor, Lady Gwendolyn Toustain, the daughter of the man who was once his father’s mortal enemy. After several attempts at escape, the lady orders him bound and chained to a wall in her chambers—where he will remain under her personal guard at all times and kept from conspiring with his men. While the lady’s high-handedness infuriates him, Caden cannot deny that everything else about her drives him to distraction. Forced into close proximity with her, Caden soon finds it hard to remember his mission of escape.

When Lady Gwendolyn of House Toustain first lays eyes on her prisoner, one thing about him is abundantly clear: Sir Caden of Daleraia is a dangerous man. Yet, she must show him no fear. The captured band of knights from Daleraia are her only clue in the mystery surrounding the disappearance of House Toustain’s sons, and it falls to Lady Gwen to seek justice. Is this kidnapping merely the ploy of mercenaries out for a ransom? Or has Sir Caden acted on the order of the High Lord of Daleraia and broken the peace? As she searches for the answers, she never expects the surge of passion that ignites between herself and her prisoner. The longer he remains in her clutches, the more Gwen realizes that though she has him chained, she is the one who has been captured.

Kneeling in front of him, she forced herself to meet his gaze. “You are quite a rabble-rouser, aren’t you?” she said gently, sympathy pricking her as she observed his beaten and bloody face up close.

He smirked despite his split lip. “Aye, wench. Did you think you could keep me in your cells forever?”

Gwen shook her head slowly. “No, I suppose not. What am I to do with you, Daleraian?”

His lips split into a blinding smile, and for a moment, Gwen was taken aback. Despite his battered face, she had to grudgingly admit that the man had magnetism. His smile was disarming. “I could think of a few things, wench,” he murmured, his eyes lowering to the neckline of her kirtle.

Gwen’s jaw clenched, but she reminded herself of her vow to remain calm. “My steward thinks I should kill you.”

Espan huffed and stammered in outrage at that, and Gwen stifled a laugh. “He is my advisor, Sir,” she said. “My father’s as well. I heed his council in all things.”

“Heed mine,” he offered. “You don’t want to kill me. To do so would be a grievous error.”

“Suffice it to say that if I were gone, Lord Theodric would miss me … enough to send thousands of warriors to Seahaven’s gates.”

“Lord Theodric has already set his forces against Dinasdale. Do not think I have forgotten that.”

The knight’s jaw ticked. “I have already told you, we played no part in the atrocities committed in Heywick.”

Gwen shrugged. “Forgive me if I’m not inclined to release you with only your word as evidence. I need more than that.”

“Then let me go,” he growled, his voice low, “and I will prove it. Keep my men as collateral, and I will return for them when I bring evidence of our innocence.”

“I think not. You’ve been nothing but trouble since you arrived at Seahaven, Sir. I am within my rights to have you executed, but I am not inclined to just yet. You will remain my captive until I am ready to release or ransom you, but you will not return to the dungeons.”

The gaoler snapped to attention at that. “And just where do you s’pose I’m t’ keep him if not in the dungeons?”

Gwen stood and turned to face him. “This prisoner is no longer in your care. You have more than proven your ineptitude where he is concerned. He has nearly escaped you several times, and bested your guards at that.”

Espan stepped forward, his brow furrowed in confusion. “Milady, what are you saying?”

“I want him shackled to that wall, there.”

Espan and the gaoler followed her extended arm and pointing finger. Both men glanced back at her in disbelief. “Milady,” Espan protested. “Surely you do not mean—”

“But I do,” Gwen said brusquely. “My mother always said the best way for a woman to see something done, is to do it herself. The Daleraian is now in my guard. I want iron rings installed into that wall immediately. He shall remain under my personal guard, where he cannot conspire with his men to escape. There are no guards for him to assault here … no one here but me.”

Espan stuttered and stammered for a full minute before gaining his composure. “Milady, begging your pardon, but it is hardly proper.”

Gwen’s nostrils flared as she turned on the man. “Am I not castellan here? Do I not speak with the voice of the high lord?”

“A-aye, milady,” Espan sputtered. “You do, but it is my duty to advise you in all things.”

“And so you did,” Gwen said, turning her back on him. “I have made my decision and I will be obeyed. This Daleraian poses no threat to me in irons. In this way, I can be sure that he causes no further harm to our guards, and has no one around him with which to conspire.”

Espan inclined his head humbly, but doubt was still present in his eyes. “I will do whatever you command, milady, you know this.”

“Good,” Gwen said with a curt nod. “Then do as I’ve asked, immediately, and send for Lynet, I have need of her.”

Espan bowed again and retreated quickly, his surcoat swishing around his ankles. Gwen turned on the gaoler next. “Go, and take all but two of your guard with you. I want a watch set up just outside my doors, two sentries on each watch, day and night.”

The gaoler did her bidding as well, departing without protest. With only the two guards standing watch just outside her doors, Gwen was alone with the knight. She knelt before him again, reaching out toward his face. He flinched away, inhaling sharply as her fingers made contact with his jaw.

“Hold still!” Gwen chastised, gripping his chin firmly and forcing him to endure her inspection. “I must know if your face needs to be stitched. You’ve taken quite a beating.”

The Daleraian snorted dryly. “You should see the other men. Five against one, it was hardly a fair fight.”

“No,” Gwen agreed as she gently prodded his injuries, wincing at the large gash torn just above one dark eyebrow. “It was not well done of them.”

His eyes flashed mischievously as she met his gaze. “I meant, not fair to them.” 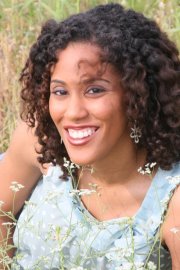