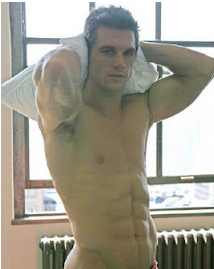 I know things have been a little quiet around here this past week, but I promise things are picking up  this week where I will be sharing new authors with you and gearing up for another blog hop so you can continue to collect your goodies.

Don’t forget to follow me on tour for Finding My Faith…good giveaways and gift certificates available!  You can go here to see the stops.

I rarely do this, but today I thought I would share a little from a new book that I’ve been working on, tentatively titled Chica Bello, which translate into Beautiful Girl.  I’m stepping away from the sci-fi/paranormal/fantasy genres for this one, but for those who follow the Six Savior Series, don’t fret.  Hudson is next and will be out in July.

I thought I’d share little unedited bit with you, so let me know your thoughts!

Let me introduce you to my inspiration:

After a long career as a Navy S.E.A.L., Landon “Blackhawk” Walker has finally put in his papers for retirement. He has seen and done enough, and can’t wait to get to Cabo San Lucas, Mexico where three tasks await him: get back into civilian mode, take a boat out to the El Arco Rocks, and win back the heart of the woman he lost because of his career.

Maya Gonzalez has tired of the heartbreak that comes with Landon’s deployments year after year. When he walks back into her life again, despite her reservations she cannot deny her heart. As they lose themselves in each other and the beauty of Cabo their passion is rekindled once again.

One week later, Landon’s phone rings.  Both he and Maya know that if this is the phone call for deployment, this may very well be their last goodbye.

He looked around at the drivers holding signs with names on them, finally finding Walker.  The man holding it was short and thin with a headfull of black hair, his white shirt with his company emblem stood out against his brown skin.

Landon followed the man to the van.  He climbed in when José opened the door, throwing his duffel bag onto the seat in back and stretching his long legs out the length of the bench he sat on.  Leaning his head back against the window, he fought the urge to close his eyes. He had been up for three days straight making his trip from Afghanistan.  He had no home to stop at in San Diego where he was stationed, no one waiting for him.  He was an only child and his parents had been killed in a plane crash seven years ago. His homecoming would be a non-existent event except for the people who always were at the airport welcoming the troops back.  He wasn’t into that.  He didn’t feel like being patted on the back by strangers and embraced by sweet old ladies with tears in their eyes.

Instead,  had decided to come straight to his favorite place on Earth.  He could stay awake for another hour or so, and then he would be in a big, comfortable bed at the hotel and he could sleep like the dead without worrying about anyone shooting him or bombing him.

He rubbed his hand over his tanned face and skull-trimmed brown hair, as if doing so would somehow scrub away his fatigue.   He reached over the seat to his duffel bag and found his sunglasses, slipping them over his almost electric blue eyes.

The drive to the airport would be uneventful.  Well, uneventful for him.  There may be a near miss with another car or a quick lane change, but nothing like what he had been through.  There would be no dangers of roadside bombs or ambushes, or some asshole with a missile launcher standing on the side of the road.  He could relax.  This was always the hardest part for him when he returned from a tour —learning to relax again.  He hoped he would be a quick study.

As José sped down the road, Landon looked out the window at the passing landscape.  Horrific poverty reared its head every now and then against the beautiful backdrop of the Pacific Ocean.  In some ways it wasn’t much different that Afghanistan, except that the backdrop in Afghanistan there was nothing but brown dirt.  In between the white sand dunes of the beach, Landon could see the waves breaking, and he couldn’t wait to hear them.  He found the rhythmic sounds of the water smashing itself against the sand, backing up and regrouping to do it all again, incredibly relaxing.

He felt the tension in his shoulders begin to fade a bit, and found himself sinking lower into the seat.  He thought of all the things he wanted to do while in Cabo—first, he needed to relax and get back into civilian mode.  He would find a lounge chair at the hotel by the pool, and he planned to camp out there from sunrise to sunset, catching up on sleep, reading and afternoon margaritas.  He was also looking forward to eating something other than food rations from the armed services.

Second, he wanted to take a glass bottom boat out to the magnificent El Arco rock formations and see the beautiful fish that make the area their home.  Hopefully he would be able to convince the driver to take him a little farther out to see some whales if they were still around.  Being the end of March, it was definitely a hit and miss on that one.

Third, he wanted to see a special woman.  He sighed.  Unfortunately, that was also a hit and miss.