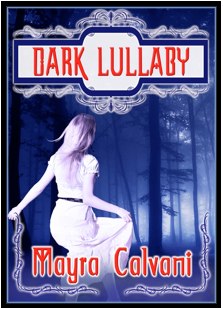 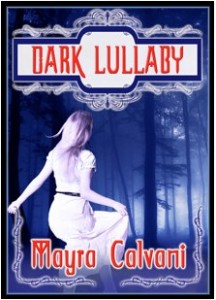 First let’s learn a little about her, and then we can find out about her book, Dark Lullaby.

My characters always talk to me and often want to take my stories in unexpected ways that I never planned. This can have good or bad consequences, depending on the situation.

The mind of an author is never at rest, and although you often hear that writing is a solitary endeavor, at the same time it isn’t—just because of all these characters so often talking in your head. I hardly ever feel alone, hardly ever feel bored. How can I?

At the moment I’m working on a YA paranormal fantasy and this is what my protagonist, Trinity, is often telling me:

What if I go this way instead?

You’re such a wimp. Why not punch her on the face instead of insulting her verbally?

And so on and so forth. It can be frustrating at times. But it’s always exciting and always fun.

During my early to mid twenties, I lived in Turkey. It was an incredible experience. Not only did I learn to speak Turkish, but I also made wonderful friends and learned a ton about their customs and folklore.

Many people there believe in the cin (pronounced ‘jiin’). Not the jinn as westerners know it. You know, the genie that comes out of magic lamps. The cin is a much darker creature that could better be compared to the fairy. In Turkish myth, it is a being that lives in the forests. It can be good or evil. It is of spirit form but can shapeshift into an animal or human. Like the western fairy, it is often volatile, mischievous and prone to pranks, some of which can be deadly. It loves milk products.

Want me to get creepier? It has a bizarre taste for live human liver and, when in human form, its feet are set backwards!

Oh, and those little lights that you often see in the woods on warm summer nights, otherwise known as fireflies? They aren’t fireflies. They’re cin.

I was fascinated with the accounts I heard, fascinated enough to write a novel. Thus, Dark Lullaby was born.

About two years, but that’s because I took a long break to work on something else in between. Then the manuscript went though several drafts and revisions. Altogether, I’d say 3-4 years.

A good romantic hero must have flaws but he must also have qualities that are out of the ordinary. In other words, he must be real but be ‘larger than life’ at the same time. In romance novels, he must also love the heroine unconditionally.

I’ve tried both methods. I think both ways have their advantages and disadvantages. There’s no ‘better’ way. It depends on who you are as a writer, how you work and how your creativity unleashes on the page.

I used to be a panster, but the result was often a weak plot and saggy middle.  However, I once wrote a book during Nanowrimo in a strictly stream-of-consciousness manner and the result was a well structured book with an intricate plot. So you never know.

Nowadays, I prefer to plot in advance while at the same time leaving room for flexibility.  I like to have a solid idea of the premise, plot and characters before I start writing. This process has made the actual writing stage easier for me. While plotting, I may write a short summary or a logline for each chapter. What I like about this method is that I always have a basic idea of what I need to write next, so I hardly ever have the dreadful writer’s block. But, as I said, I usually come up with new ideas while writing, so I keep myself flexible and open to them. And if I must suddenly change the course of the plot, then so be it. A good story should develop organically, and as Alan Watt, author of The 90-Day Novel advises, you must remain curious and not try to solve the problem at the same level of consciousness that created the problem.

Never let anyone get in the way of your dream or vision, no matter what they say. Write as often as possible, no less than 3-4 times a week, as this is the best way to improve your craft.

At a trendy Turkish tavern one Friday night, astrophysicist Gabriel Diaz meets a mysterious young woman. Captivated by her beauty as well as her views on good and evil, he spends the next several days with her. Soon, however, he begins to notice a strangeness in her–her skin’s abnormally high temperature, her obsession with milk products, her child-like and bizarre behavior as she seems to take pleasure in toying with his conscience.

The young woman, Kamilah, invites him to Rize, Turkey, where she claims her family owns a cottage in the woods. In spite of his heavy workload and the disturbing visions and nightmares about his sister’s baby that is due to be born soon, Gabriel agrees to go with her.

But nothing, not even the stunning splendor of the Black Sea, can disguise the horror of her nature. In a place where death dwells and illusion and reality seem as one, Gabriel must now come to terms with his own demons in order to save his sister’s unborn child, and ultimately, his own soul…

What readers are saying…

“Dark Lullaby is an atmospheric paranormal horror that grips you from page one and refuses to let go until you’ve raced, breathless, to the end.” –ePinions

“Dark Lullaby is a page-turner. A horror story from the top shelf! You’ll love it.” –5 stars from Euro-Reviews

“This is a terrific horror…” –Harriet Klausner

“Dark Lullaby will capture you with its rich descriptions, its exotic location, and the need to uncover the dark secrets hidden within its pages.” –Cheryl Malandrinos, The Book Connection

Where to Get It:

Mayra Calvani writes fiction and nonfiction for children and adults and has authored over a dozen books, some of which have won awards.Her stories, reviews, interviews and 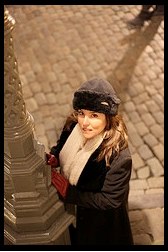 articles have appeared on numerous publications such as The Writer, Writer’s Journal, Multicultural Review, and Bloomsbury Review, among many others. A reviewer for over a decade, she now offers online reviewing workshops. When she’s not writing, reading, editing or reviewing, she enjoys walking her dog, traveling, and spending time with her family.

Visit her website at www.MayraCalvani.com. Join her mailing list and receive the first two lessons of her book reviewing workshop, as well as her free ebook, Reviewers Talk About Their Craft.