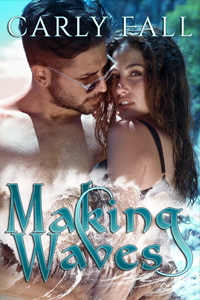 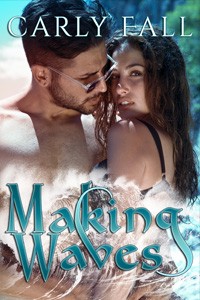 Two stories that take place on the magical and mythical Dasia Island.

These stories were previously printed in the Hot Summer Nights Anthology in 2013 and 2014 and are no longer available.

High-end criminal attorney, Jared Greer, has spent his adult life working for his father’s legal firm and chasing the next big client. The legal world is shades of gray, and he doesn’t think about right and wrong when representing a client—he thinks of the paycheck. His hard work has paid off, and he lives a lavish lifestyle filled with expensive cars, a luxury penthouse, and the best of everything.

He flies Dasia Island for a meeting about possibly representing a toy company accused of knowingly producing toys that killed 15 children. As Jared and his assistant, Monica, work through the case documents and share some of what Dasia has to offer, their passion on the magical island makes Jared consider the way he lives his life, especially if he wants Monica in it.

Lyrik Perry, head of the band Moonlit Road, is ready for a vacation after the band’s year-long tour comes to an end. Wanting to get away from the temptations of drugs, sex and rock n’ roll all around him, he remembers a time five years ago when he’d truly been happy—on Dasia Island—and decides to go back, hoping he’ll find the woman he left behind, but never forgot.

Harmony Ryland has suffered a debilitating loss. After overcoming her shock of Lyrik stepping back into her life, they share the memories and laughter of their past.

As one of Dasia’s mysterious legends comes true, it helps Harmony move on. Yet, a phone call forces Lyrik to make a decision: does he give up his band, or Harmony?