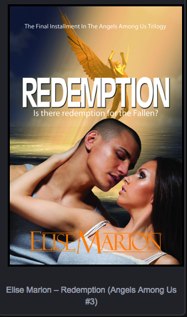 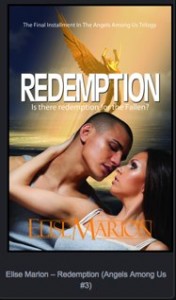 Today I’m very excited to be hosting Elise Marion and her book, Redemption. She’s got some fantastic giveaways, and I also had the pleasure of reviewing the book, but more on that in a moment. Let’s take a look at the book my review, and then get to the goodies….

Description: In a world full of the sick and dying, the hurting and desperate, and those lost in darkness, angels dwell.

Once a Warrior Angel, Nathaniel has now become one of the Fallen, after losing sight of his purpose. Fallen angels are cursed to wander the depths for all of eternity, a fate that Nathan has avoided every day for the past seven years. As the demon within him grows, he knows that it is only a matter of time until he becomes a monster. His love of a human woman is what caused him to lose his wings, yet Nathan cannot bring himself to regret it, or the child that came of their love. It is that child’s identity as a Naphil—half angel, half human—that threatens the existence of everyone he loves and Nathan finds himself having to face his past in order to secure his son’s future.

Carmen Rodriguez lives her life in constant fear. The power of her son grows every day, leaving him vulnerable to the plans of the Evil One. When a demon’s bold abduction puts Carmen in a desperate position, she turns to the only one who can bring him back. Nathan warns her that the road to rescuing their son will be a treacherous one … one that leads them straight into lair of the Prince of Darkness.

The third and final installment of the Angels Among Us series goes where it never has before.

Even in the very pits of hell, can an angel find salvation? Will the love that Nathan has for Carmen and his son be enough, or will Nathan finally have to face the consequences of his actions.

Is there redemption for the Fallen?

“I can’t believe you’ve never been salsa dancing! You’re a natural. Are you sure one of your parents isn’t Puerto Rican?”

Nathan laughed as he looped one arm around her waist, sending small shivers travelling up and down her spine. He pulled her against his side as they walked, leaving La Riviera salsa club behind.

“No,” he said with a devastatingly beautiful smile. “No Puerto Rican parents. I don’t know, it just seemed easy to fall into the rhythm with you there.”

Carmen didn’t miss the way his eyes traveled over her crimson halter top, flowing black skirt, and three-inch heels. The heat that passed between them was undeniable, now and on the dance floor. What Carmen could not understand was why Nathan had not yet kissed her. As they walked, Carmen felt the tension thrumming through his body. She’d seen his eyes lingering on her lips countless times; in the hospital, at the park where they’d picnicked and even tonight at the club. Why then, after the weeks they’d spent together, was he holding back?

“I’m glad you had a good time,” she said softly, watching the concrete sidewalk pass under her feet as they walked. Nathan’s hand tightened at her hip and he pulled her to a stop just a few blocks away from her apartment building.

“What’s wrong?” he asked, bringing one hand up to cup her face.

She sighed and leaned into his hand, moaning low in her throat as he caressed her jaw with his thumb. Her eyes traveled over his face; dark skin, full lips, chiseled jaw and chin, and warm whiskey brown eyes that probed hers with raw intensity. It was as if he could see right into her soul. No man had ever looked at her that way. Sure, they’d all admired her body. Her blatantly sensual curves begged for attention. They noticed her pretty face and ample hips, but not one of them looked at her. Not the way Nathan did.

“I don’t want you to get the wrong idea,” she said reluctantly as she brought one hand up to his chest.

He smiled and slid his hand from her face to place it over her hand where it rested against his heart. She felt the heat of him emanating through his shirt. “What is it, beautiful?”

Her stomach clenched and the back of her neck tingled. How was it that this man made her so weak with just his words? She was already melting into a puddle at his feet and he had barely even touched her.

“Why won’t you kiss me?” she blurted before she had a chance to think about what she was saying.

Nathan frowned, his eyes lowering as he clenched her hand against his chest.

“Carmen,” he began, his voice serious.

Her eyes grew wide as she pulled her hand away. A step separated them and then another. Carmen’s heart stung from rejection.

“I understand,” she said. “You don’t have to say it. I thought you were attracted to me, but if you’re not—”

He closed the distance between them in an instant, bringing both hands up to her face this time. His body seared hers as their hips and thighs met and his forehead rested against hers.

“Dear God, Carmen, how could you think that? I’m so attracted to you that it hurts. It keeps me up at night. I am tortured with thoughts of you, every day and every night. I want to touch you and hold you and caress your skin. I want to kiss you and know what your lips feel like. I want to taste your tongue, your skin, your…” he trailed off, dragging in a ragged breath and releasing it with a frustrated groan.

She nodded, their lips brushing as she did. He gasped, his lips trembling against hers. “Yes,” she whispered. Yes, she felt it, her skin was on fire.

“Carmen, please,” he pleaded, his hands shaking as they lowered to her waist. “I can’t…”

Even as he said the words, his open mouth was roaming over her face, caressing her eyelid and her temple before trailing down to her cheek. The fire blazing through her veins was now a raging inferno as his warm breath tickled her skin.

“I can’t,” he moaned against her lips, his breath coming in ragged gasps. As his fingers flexed against her skin, the small space separating their bodies closed and Carmen stifled a gasp at the feel of her sensitized breasts coming to rest against his hard, heaving chest.

His mouth hovered over hers, achingly, a sweet and terrible torture strong enough to reduce her to begging.

“Nathan,” she murmured. She wanted to say more. She wanted to ask all of the questions that bounced around in her head. Why can’t you? Why are you holding yourself back from me? Why won’t you just carry me up to my apartment and take me like we both know you want to?

But his name lingered between them, a plea, a prayer. Her hands clutched his lapel tightly as she closed the distance between them, sealing their lips together with a sigh. Nathan gasped into her mouth, his hands sweeping up from her hips to her back. His fingers dug into her skin as he pressed her against him, as tightly as possible, mating his mouth to hers.

They trembled, lost in their own seductive haze as they kissed beneath the yellow light of a glowing street lamp. His lips were unbelievably soft, pliant but moving with sureness as he drank from her lips as if she held his last breath. The kiss became wilder, more frenzied as their tongues touched, sparking a desire than ran deeper than ever and exploded into possessive need.

She felt the tightness of his muscles beneath her hands as she ran them over him; his chest, his shoulders, his back. She shuddered against him as his hands explored as well, roaming over her breasts and ribs before settling on her generous bottom, pressing her fully up against the hardening ridge between his hips.

When he finally tore his mouth away from her, they were both gasping for air. With every second that she stood in his arms, desire grew and swelled within her until she felt as if one touch from him would send her spiraling over the edge. He released her from his tight hold and reached for her hand, his eyes still wide and frantic as she placed her palm in his.

“Let’s get you home,” he said, his voice a raspy whisper. Tension coiled between them the entire walk home.

She’d thought that a kiss would satisfy her. She’d wanted it for weeks, wishing that he would sweep her against him and press his mouth to hers as he just had. But it just hadn’t been enough. As he kissed her goodnight—on the cheek—and left her apartment that night, Carmen knew that just one kiss would never be enough.

Wow. What a way to end the series!

Nathaniel is a Fallen angel, battling the demon that resides in him the one that he became when he allowed himself to fall in love with Carmen.

Carmen and her son have the Guardians (Sarah and Jackson from book 2) looking after them as her son is wanted by the demons. When the demons open a portal and get her son, it is up to Nathaniel to come back to Carmen and retrieve their son from Hell.

This book really tugged at my heartstrings as one of my biggest fears is having my son taken from me. I can’t imagine him being taken by a demon, but the emotion the author gave Carmen is real, and you can tell she dug deep to put it on paper.

Written in true Elise Marion form, the book is descriptive, well-written, emotional and a great read.  She also leaves open room for a spin-off series, which is awesome.

If you haven’t picked up this series yet, you are missing out. 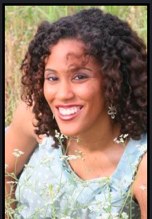 Elise Marion is a lover books and has a special place in her heart for sweet and sensual romance. Writing about love across all walks of life is her passion, as is reaching people through the written word. The Army wife and stay-at-home mother of two spends most of her time taking care of her children. Her second job includes writing stories about characters that people can fall in love with. When the Texas native isn’t caring for her family or writing, you can usually find her with her nose in a book, singing loudly, or cooking up something new in the kitchen. 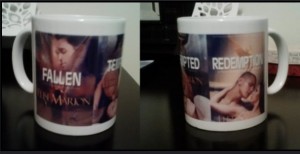 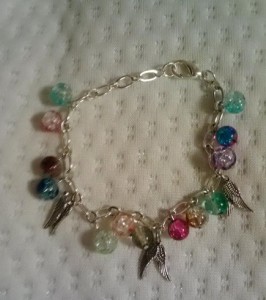 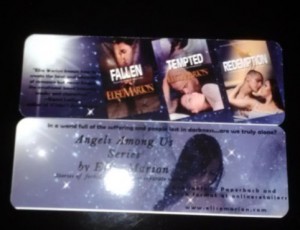 10 autographed ‘Angels Among Us’ Bookmarks 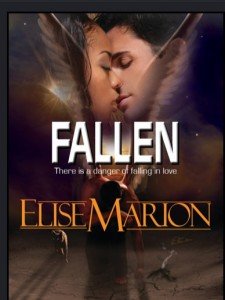 3 ebook copies of Fallen (Book 1 of the series)