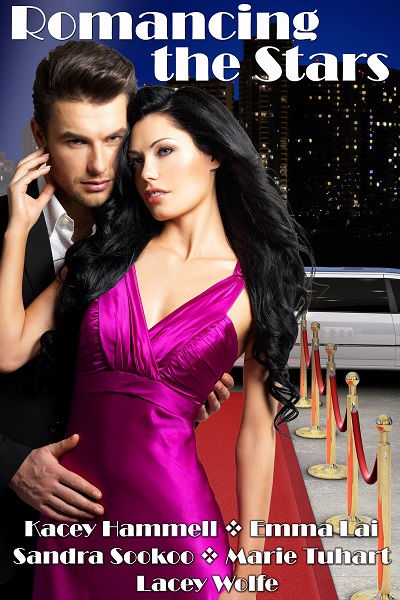 I’m very happy to be featuring this book today. First, please read a little about it, and then you can jump to my review.

I liked the book so much, I’m gifting three copies to three random commenters. Winners will be picked Friday. Just answer this question: If you had the opportunity to sleep with any Hollywood star (and it didn’t count!), who would it be? 😉 For me, I think I have to go with Joe Manganiello. Yum. 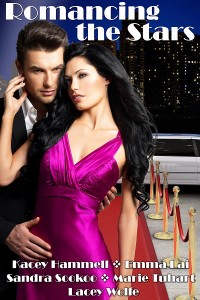 ~Fantasies that will make you see stars

A Sunday Kind of Love by Kacey Hammell

For Sunday Reardon, once an A-list actress, leaving the spotlight, hectic schedules and tabloid gossips behind for the quiet tranquility of her hometown was the best decision she ever made. She’s surrounded by her family, her gardens and has everything she needs. Except the love of her life, a past co-star who offered so many promises years ago, only to break them all.

When she’s nominated for an Academy Award, Sunday’s world shifts into confusion and what-might-have-beens as she comes face to face with the one man who broke her heart…and still sets her body on fire.

Read more about each Romancing the Stars story from these talented authors:

Excerpt from A Sunday Kind of Love

“God, you feel so amazing in my arms. I wish you could come with me.”

Eyes closed, she nodded. “I can’t. I’m sorry.” Opening her eyes, she gazed at him. “Once the editing is finished, I need to get away from all this. I can’t deal with it any longer. And you know my dad’s having hip surgery. I need to help my mom.”

Shifting his stance, he slid his hands over the globes of her ass, urging her closer. “I know, babe. It’s okay. I won’t be gone long.”

She dug her fingers into the hair at the nape of his neck. “Nine months seems likes forever. You won’t forget me will you?”

A moan erupted from his throat as he dipped his head and latched his mouth onto hers. She savored him in her arms, revelling in his tongue dancing with hers. Passion, yearning, hunger, it was all there in his kiss.

Flexing his hips, Josh shifted his shaft to fit in the V between her legs. She gasped, her head falling back. Josh kissed his way down her neck, nibbling, biting, and driving the temperature a million times higher. She wanted to succumb to him now, to finally make love to him, but they couldn’t risk being caught.

He hauled her tighter, holding her so close she could barely breathe. But Sunday didn’t care. All she would ever need was this man in her arms. Feeling him against her, his body fevered against hers—nothing else mattered.

Josh lifted his head, his forest green eyes bore into hers. She could drown in his loving and hungry gaze. He knew her better than anyone else. While filming, they’d enjoyed so many secreted-away moments, revealing hopes and dreams and shared childhood stories imparting laughter. He was everything she’d ever need. And she couldn’t wait to tell the world.

But they couldn’t. Not yet.

“I know my leaving, since filming of my next movie is starting sooner, throws a kink in what we’d planned, but I promise, babe, I’ll be back as fast as I can. I’d rather be with you, starting our journey toward what I think will be a great future together. If I had any other choice—”

Understanding about commitments and responsibility, she covered his lips with her hand. “I know. It’s okay. We have time. We do. I’ll be waiting for you.”

He sighed. “I love you more than anything else.” He caressed her face. “I’ve waited so long for you already, it’ll be hell, but I know it will be worth it. Especially when we’re far away from prying eyes.”

She smiled, her heart booming with happiness. “And I love you.”

His cell phone vibrated. He yanked it from his pocket and groaned. “Damn, I have to go. They’re looking for me. Our flight leaves in forty-five.” His lips captured hers.

She poured all the love, hope, and belief of their relationship into the kiss. He had to come back. She couldn’t live without him now.

“I miss you already,” Josh whispered when he stepped back. His gaze travelled over her face as if memorizing every facet. Then he leaned down for his duffel bag. Straightening, he said, “I love you, Sunni.”

Tears in her eyes, she watched him walk toward the door. “I love you.”

He stared at her from across the room. Sunday wanted to rush over, wrap her arms around him and beg him not to go. But she couldn’t do that. She loved how dedicated and honest he was. There was no way she’d ever ask him to break his word.

With a last long, deep breath, he turned the door handle then exited the trailer. Feeling alone already, she sat in the vanity chair and gazed into the mirror. The love of her life had just walked out the door for war-torn Afghanistan. She worried for his safety but knew his people and the movie company would keep him safe while filming. All she could do was hold the love she had for him in her heart, and wait. 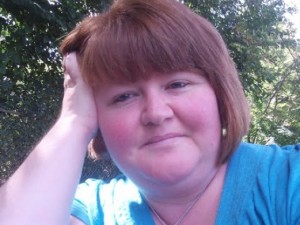 Five very hot, short stories about the world of Hollywood.

Sunday Reardon has happily retired from Hollywood, until she wins an Academy Award nomination. As she once again navigates Hollywood, she comes face to face with the man who broke her heart.

I wanted these two to work out their differences and miscommunication from the get-go.

As with most of Kacey’s work, she writes scorching romance with deep undertones of emotions that really bonds you with the characters. A great little story I really enjoyed.

I had to laugh at the beginning of this book when Kalea’s top pops open – that’s something that happens to us girls with the big boobs. I liked the story of the girl letting all of her inhibitions go and getting it on with a big star. The story was well-written and very sexy. What I didn’t like was the ending, or lack thereof. Personally, I like my stories to end, and this irritated me a bit as I wanted to see what the outcome would be for the couple.

I really loved this interracial story of a “nobody” hooking up with an A-List actor and having no idea who he is. I also loved that Meghan isn’t your typical heroine: she’s got some curves instead of the normal Hollywood figure. There were a couple places in the story where I wanted to see more emotion from Meghan, but overall I really enjoyed it.

I don’t really read a lot of Dom/Sub work, but I did like this story. The characters were believable, sexy and the emotions in the story were real and believable. It is a great story of the games Hollywood people play.

Chloe is stuck in her small hometown, with no career and just making it by. When she gave her virginity to Sean Cooper, and he then decided to go to Hollywood to make it big, he left her.

Throughout the years, both have held on to their old feelings. I liked the idea of a man being among all the Hollywood starlets, and still having feelings for the girl next door he left back home. Combine that with the secret plans of Sean Cooper’s grandma, this is a delightful little story that will leave you smiling.