Recap of the RT Convention 2013 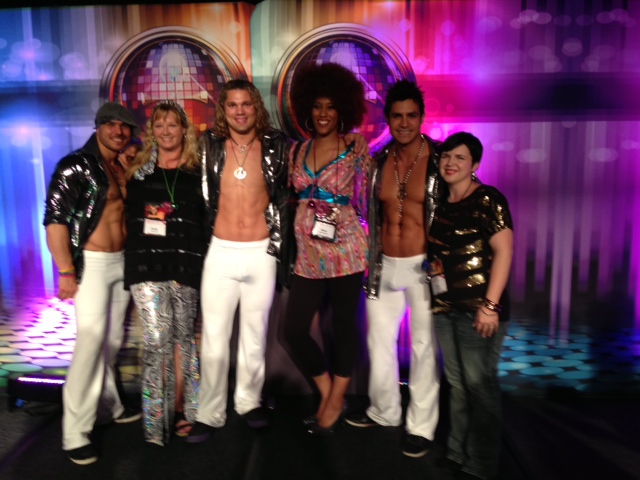 Now that I’m home from the RT Convention, I thought I’d blog about the highlights and share them with you.

First, I was  nervous about attending this convention. As a writer, I spend most of my time alone, and a lot of days I’m lucky if I shower before 3pm. The rest of the day is spent in sweats and T-shirts. Actually being around people and needing to look presentable? For multiple days?

As I walked through the airport to catch my plane out of Phoenix, I was very aware that I had never been away from my family for five nights. I was excited, and tried not to think about the chaos that would ensue while I left my son and husband home alone.

When I went through security, I was forced to go through the total body scanners, something I had been able to avoid since they were implemented. Their little machine detected something in my hair, and I had to have my hair searched. Yes, my long, flat hair. However, when I go to the hotel, I realized that I had Mace in my bag. So my hair was a danger, but no one detected the Mace.

Homeland Security was hard at work.

I bought a space in “Promotional Alley” where I was able to lay some swag. Anyone could come through and pick up author magnets, books, cards, bookmarks, pens, etc. I had three hundred pens disappear in 3 days. 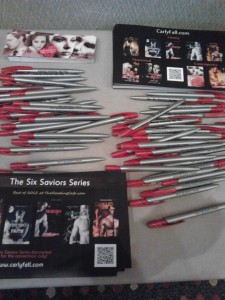 All my books on display: the Six Saviors, Time or Money, Chica Bella, the Dark Forces Series

I roomed with fabulous authors Elise Marion and R.K. Ryals. Our first day was SO long. We attended workshops, found our way around, met people, and then hit the Ellora’s Cave Disco party that night. And because it’s Ellora’s Cave, that meant . . . COVER MODELS! 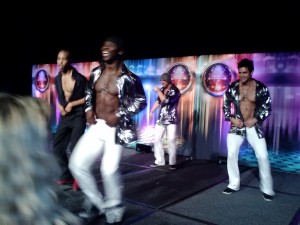 These guys were dancing to a room full of SCREAMING women. And yes, that’s my deadly hair. 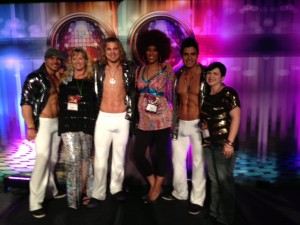 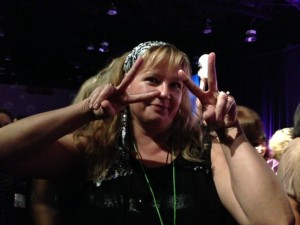 Me shaking my groove thing, baby! 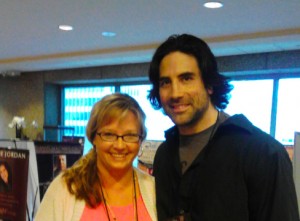 Me and cover model Harvey Stables

That afternoon we attended the Book Expo. It was fun meeting potential new readers and meeting other authors.  And there were more . . . cover models!!!!

Do you see how tired I am?? If it weren’t for nerves, my head would have hit the table!

And somehow, I pulled it together  that night for the Formal Ball.

I was disappointed there weren’t any cover models, but I got over it.

Day three was amazing. I was in the same room with Lara Adrian, one of my author heroes. I held back from vaulting over the people in front of me and having a total fan girl moment. 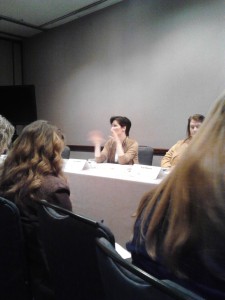 That night we went to the paranormal ball.

I attended some incredible workshops, and I have to admit, I was beyond exhausted. I had heard over and over that RT was so amazing, yet SO tiring. It is definitely both, as most awesome experiences are. 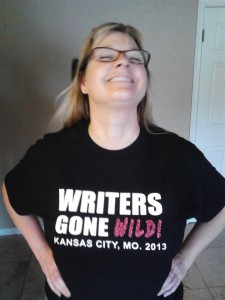 I’m very excited about what the future is going to bring for me and YOU. 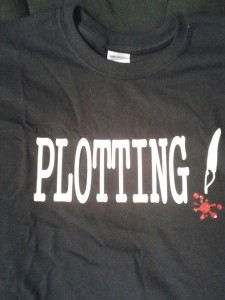