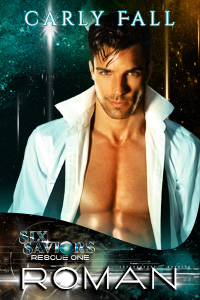 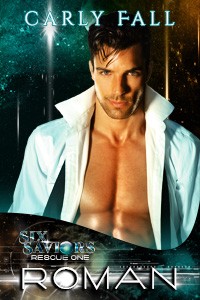 In pursuit of a missing piece of his life, Roman, a stranger to Earth, finds himself in Phoenix, where the nightlife greets him with a bevy of eager women and a deluge of trouble, the likes of which he’s never seen.

For FBI Profiler Olivia Waterhouse, her assigned serial killer case isn’t just a job – it’s personal. When her superiors discover her connection to the case, she’s reassigned to a new case – one shrouded in secrecy.

A chance encounter with handsome Roman leads to a night of unbridled passion, but a series of disturbing events ends with one of them held prisoner in a clandestine government facility.

When they meet again deep in the bowels of a secret military building, the damage has already been done. Betrayal and half-truths have caused a rift between them. As they fight to regain trust and forge an escape plan, an alarming secret unfolds – a secret that will forever change the lives of one of the original Six Saviors.

In order to save themselves, both will have to trust each other, and in the process, they find out that their lives are far more intertwined than either could have ever imagined.

Now available for preorder at: