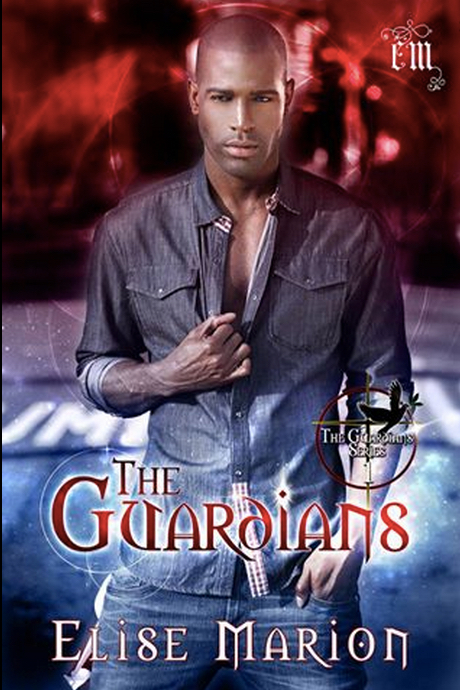 Blurb: In the war between Heaven and Hell, a special race of humans with supernatural abilities will represent the balance between darkness and light. They are known as The Guardians.

Jack Bennett comes from a long line of Guardians, a fact that has been drummed into him since he was a kid. When he and a select group of elite Guardians are called upon by Michael the Archangel to complete a special assignment, Jack gladly accepts. Seven years later, a failing mission and personal losses have left him jaded, bitter and without room for love or relationships in his life.

The past that Addison Monroe is so desperately trying to escape is one she can’t outrun. The darkness inside that causes her to act unpredictably has gone unexplained until now. A woman claiming to be an angel appears with a revelation that will shake Addison to her core. Her dark nature is explained as Addison discovers that she is one of the Nephilim—a child born of a human mother and demon father.

Despite the dark nature she was born with, Addison has been chosen by Heaven for a special purpose. Ten scrolls spelled to open up portals between Hell and Earth … ten demons who are using them to come and go from Earth at will, a violation of the terms set by heaven in the battle for souls … one demon known as the Great Duke of Hell who will stop at nothing to defeat her. Fighting alongside two Guardians, Addison must uncover the legendary Seal of Solomon—a ring that is said to possess the power to destroy demons, and wield it against the enemies of Heaven.

As his task to protect her develops into something more, Jack will find separating his job from his personal life nearly impossible. Ignoring the dangers of becoming too attached, Jack will find that a woman whose very nature should repulse him, might just be his saving grace.

“Hey,” he said, leaning against the doorframe. His voice sounded gruffer than he’d intended, but it matched his mood. “I just wanted to check on you. What happened back there at your mom’s house … well, I know it couldn’t have been easy for you.”

She unfolded her long legs and stood, causing his breath to catch in his throat. She wore another one of his t-shirts and it just covered her thighs. All that tanned, supple skin bared to his view should have been a sin … hell, it had to be since all he could think about was finding out what she had on underneath. If anything. He swallowed, his throat gone dry.

“I’m fine.” She shrugged, though she didn’t quite meet his gaze.

He came into the room, though he kept his hands clasped behind his back to refrain from touching her, the temptation far too great. “I don’t believe that.”

She scowled at him, hands going to her hips—gesture that showcased her curvy shape beneath the oversized shirt. “What do you want me to do? Fall into a heap on the floor and cry? Scream and yell? Throw things?”

He shrugged. “If it helps. I told you, you don’t have to do this alone.”

“See, I can’t lose control,” she argued, beginning to pace, heedless to the notebooks she kicked aside as she moved. “When I lose control, things break, people get hurt … I’m calm right now because I’m journaling, and that helps keep me grounded. I can pour all of that out onto the pages, and when I’m done, I feel better and think clearer.”

“You think journaling will help you now?” His gaze flitted to the open notebook on the floor. On the pristine white pages, her rounded, feminine handwriting stood out in blue ink.

“It helps me think, and I need that right now. Mama gave me a lot to think about, on top of all I learned from you guys and Elle.”

He nodded. “It helps you sort through your thoughts. I get that. Would you mind if I asked where your head is at? It’s just that Reniel will be here in the morning and he’s going to ask. I’d like to know what to tell him.”

Her shoulders slumped and she sat down on the bed, her hands clasped tight in her lap. “You know what’s funny about all this?” she mused, staring up at him. “I’ve spent so much time wishing that I mattered to someone, that I was important. I finally get my wish, and I don’t know what to do with it. I mean, here I am, just a stripper from the trailer park, and the balance in the spiritual world is relying on me and my decisions. It’s …”

“Overwhelming,” he supplied when she trailed off. “Right?”

“Yeah.” She nodded. “On top of that, my mom drops this bombshell about me being able to becoming a Guardian. What am I supposed to do with that?”

He joined her on the bed, bracing his hands on the edge of the mattress. “Accept it if you want. Put it aside if you don’t.”

She shook her head, hiding her face from him as her hair fell forward to shield it. “That’s just it. I know that I want it. This is my chance to do something good, to be something other than a stripper and the daughter of a junkie. But, in the back of my mind, I know I’d never be good enough. I mean, not for the Guardian part, anyway. I’ve already decided I’m going to help you guys find the Seal of Solomon. I’m going to wear it, and use it, and do whatever needs to be done to help send those demons back to Hell where they belong.”

He should have been sighing with relief. Her agreement to wield the seal was all he should have cared about. All the same, he couldn’t turn his thoughts away from the prospect of a Guardianship for Addison.

“Addison Monroe,” he said, studying her profile—or rather, the little bit of it he could see with her hair shadowing her face, “what has life done to you that you’re so hard on yourself? Who told you you weren’t worthy of anything good?”

A lone tear trailed down to her jaw, hanging on the end before falling off and landing on the back of her hand. She didn’t sob; she didn’t wail; she didn’t so much as hiccup, but the sight of that lone tear broke Jack’s heart.

“Everyone,” she whispered. She pulled her knees against her chest and wrapped her arms around them.

It was the perfect picture of what Addison’s life had been—she comforted herself because she had no one else.

Jack was drawn to her then, sliding across the mattress toward her. It wasn’t right, knowing someone had never been held when sad, or comforted when frustrated. He was almost afraid to touch her, not sure what her reaction would be. Yet, he couldn’t have stopped himself if he’d tried. His hand reached, and his fingertips encountered her chin, tilting it until she looked at him. She held the rest of her tears back. They formed clear pools, causing her hazel eyes to glitter like brilliant gold.

“You don’t even know me,” she replied, her voice low and raspy with emotion.

“I know enough,” he countered, his thumb still stroking her cheek in a slow caress. Her skin felt unbelievably soft. “I know that you’ve been through a lot and never let it tear you down. I know that a weaker person would have folded under the kind of torment Eligos has put you through. Look at what it did to your mother. She turned to drugs to escape, and it broke her. But you fought and never stopped fighting. I know that you take your clothes off for money, not because you’re a bad person … but because you know it’s a means to an end and that no one can objectify you unless you let them. I know that someday, you’re going to have a diploma with your name on it to prove that it wasn’t all for nothing. I know that you are the kind of person that I have always wanted to be but never felt like I ever measured up. So don’t you ever let me hear you say that you are nothing, Addison. You are someone. You are important. You matter … to me.”

Her eyes grew wide, as if startled. As if she wanted to jump up and run because she didn’t know how to handle what he’d just said. And why should she know how? Jack would be willing to bet that no one had ever told her they loved her. No one had ever made her feel like she was worth anything. That knowledge made him want to be the one to give that to her. So, he did the one thing he could think of to show her with actions what he’d been trying to say with words. He leaned forward, his hand still cupping her face, and kissed her.