The Light Within Me – Book Excerpt 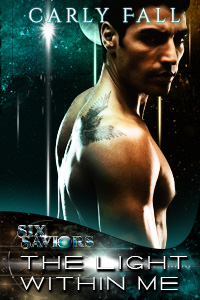 For “buy info,” please scroll to the bottom… 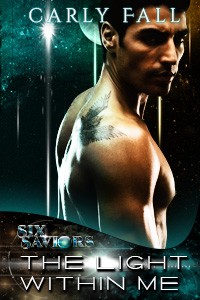 Praises for The Light Within Me:

FIVE STARS from Reader’s Favorite: This book is a combination of science fiction, action, humor, romance, paranormal and fantasy. Though Noah is over two hundred years old, he is a very appealing and desirable character. Carly Fall has a talent for creating strong male leads who are tall, strong, handsome and hunks. The character of Abby worked perfectly with Noah. She comes across as rather innocent and naïve. Fall allows her characters to be realistic. They have flaws that make them life-like and likable.

FIVE STARS from  Romance Writers Reviews:  “WOW! If you are looking for a sexy, interesting, full of suspense kind of book… this is definitely the one for you. It was amazing on many levels; it had my attention from the first page to the last. The storyline was different, not your everyday romance book, but certainly one of the most interesting romantic stories I have read in awhile. The romance was sweet, super sexy and undeniably HOT!”

FIVE STARS from The Writer’s Romance Reads:  This book was a great paranormal read. It was by far one of my favorite review books of the year. I loved all of the little plot twists that kept the story going. When it is revealed why Abby has always felt so different, and why she has always been so dissatisfied with her life, I was floored. It was a twist I wasn’t expecting, and it was little things like this that kept the story going for me. For the full review, go here

And The Writer’s Romance Reads also names Noah as one of the Dirty Little Secrets!

JBP Reviews:  4.5 Fairies:  I started this book and within pages I was hooked. I seriously hope there are more books to follow because I would really love to hear the other warriors stories but most of all Hudson.  For the full review, go here

FIVE STARS from Romance Novel Junkies:  Wow what a great story! Noah and Abbey are drawn together and later learn they are more alike than they think. Abby also gains a father in the process. The characters are well developed. You want Noah and Abby together at any cost. The warriors were great characters and I can definitely see future stories about them. This book has plenty of romance and some action along with a little fantasy. A great book to get lost in and I think the author did an excellent job….This is a promising series that I can honestly say if you aren’t a fan of sci-fi / fantasy, this book will get you a bit interested.

3.5 Bad Boys from Smitten With Bad Boys:  The author has created an excellent story world, interesting plot and compelling characters in her first novel of the series… I fully intend to read the next in the series, Finding My Faith, which just came out in March this year…This series has a lot of potential and it reminds me a lot of the Midnight Breed series – which is a very good thing in my point of view.

5 STARS from Ms Romantic Reads: This was my first read by author Carly Fall, and with this first in a series, I am HOOKED! Ms Fall’s delightfully wicked, cheeky and snarky narrative brings the six warriors and the heroine to life making them instantly likeable, loveable and leaves you feeling invested in them. You also get a feel for each individual personality which seems to fit their unique abilities and vice versa. The brief history of their origins, their home world SR44, was very detailed – their society and way of living, their forms, colors, sights and sounds. With all that knowledge, the warrior’s desire to return home was palpable and understandable.

Audiobook available on iTunes and Audible