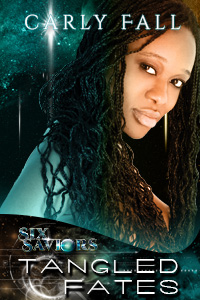 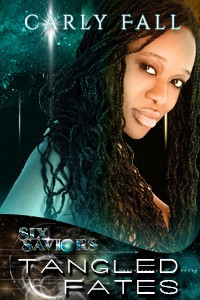 With those words, Cohen of the Six Saviors feels like his whole world is unraveling at the seams. Consumed by sadness, anger, and guilt for breaking his mating vows to his beloved SR44ian mate, Cohen makes a sacrificial oath to honor her in death.

Annis, a female SR44 Warrior, was sent to Earth right before SR44 was destroyed. But her new human body has restrictions—during the day she is blind, but once the sun goes down, her vision returns. As she struggles to find her place among the Six Saviors, she finds herself the target for Cohen’s unwarranted anger. An explosive argument between them ensues, changing their relationship forever.

Blake, a half-human half-Colonist, has finally discovered a place he calls home. As he and Annis grow closer, his feelings for her can’t be ignored, and he must figure out a way to stay true to his heart or risk losing her forever.

As the Six Saviors are forced into the underbelly of humanity to catch a Colonist’s offspring, and danger from The Platoon threatens to rip the Six Saviors apart, Cohen, Annis, and Blake must face the ghosts of their pasts and try to sort out the tangled web of their lives.

“Are you sure you’re going to be okay? You’re not going to do anything stupid, are you?”

Cohen stared at his fellow Warrior, Rayner, not really processing what he was saying. He was in a haze consisting of agony, disbelief, defeat, gut-wrenching guilt, and he had put a big, fat cherry on all that with some Captain Morgan, the rum of all rums.

He brought the glass to his lips, his hand shaking. He had to take a piss but didn’t know if his legs would carry his six-foot-four, two hundred fifty pound-frame. Instead, he shifted in his chair and ran his hand through his dark hair.

Finding out that your mate was dead could incapacitate a male.

Cohen looked over at the clock. It had been three hours, two minutes, and fifteen seconds since the news had been delivered, and the conversation kept replaying over and over in his mind.

“SR44 is no more,” Liberty had said. “When we left, it seemed our world exploded from the inside, leaving nothing. It is gone.”

His whole reason for existing had disappeared in one fiery, fuck-all explosion.

He lifted his violet eyes to Rayner’s red gaze and took another drink. What he really wanted was to be left the hell alone. There was only one way that was going to happen; he had to convince Rayner that although he was devastated, he wasn’t going to off himself.

“And you’re not going to do anything stupid?”

Cohen threw his head back and laughed. It wasn’t the normal sound that came from his throat, but something that resembled a bullfrog choking on Skittles.

The so not ha-ha funny thing was that he could remove his heart with a butter knife and tweezers and it wouldn’t hurt as badly as what was rolling through him now.

“Nothing, man, nothing. There’s not a fucking thing funny right now. Obscene, yes. Disorienting, sure. But funny? Nope.”

Rayner’s eyes narrowed on him. “Where are your guns?”

It was obvious Rayner thought Cohen had lost his jar of dice and would blow out his brains. The guy couldn’t have been more wrong. Cohen had no intention of killing himself; he had too much to atone for, and he needed to be very much alive to do that.

But, whatever. “In the closet. In my gun safe.”

Rayner got up and went to the closet.

“You’re supposed to keep this thing locked,” Rayner said from inside.

Rayner came out of the closet with a loaded-down black duffle bag.

“You sure you’re going to be okay, Cohen?”

No. Things would never be okay again. He was an SR44 male without his mate. Things were going to be one large pile of smelly crap for the rest of his days.

Rayner stared at him a minute longer, his red eyes piercing him, then headed for the door. Cohen listened as the elevator dinged, announcing its arrival. When he heard the hum of the elevator taking Rayner away, he felt all his emotions—the guilt, the agony, the sheer disbelief that Mia was gone—swelling together, fueling the screams and cries of pain that emanated from his lips.

After a few moments, he was hoarse, and he wiped his eyes with the back of his hand.

He should have honored his mating vows to Mia, but instead he had been whoring around on Earth for the past seventy-five years of the two hundred twelve years he had been on this rock. His betrayal to her ran deep, and he needed to atone for his sins.

Oh, and sinned he had.