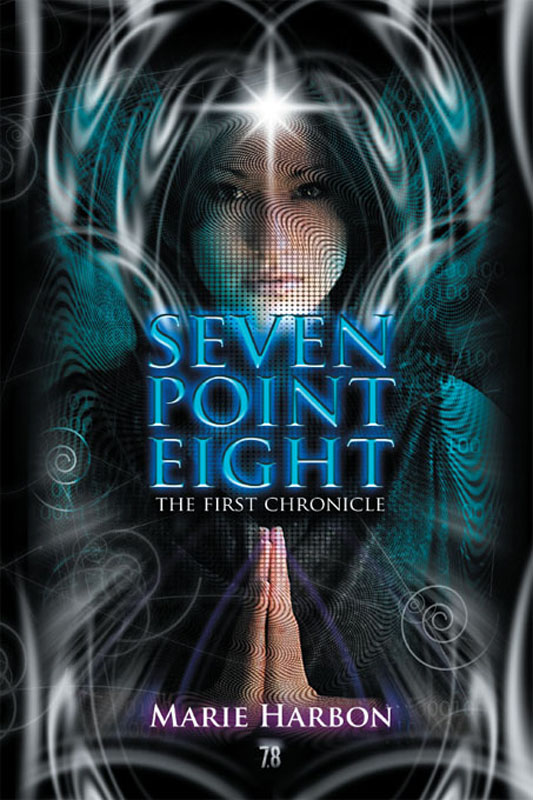 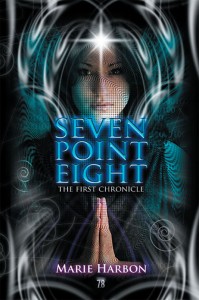 One day FREE event May 15th

The most powerful number in the universe

The number that connects everything.

A physicist begins a quest to measure the soul but soon finds himself drawn into the world of the enigmatic Max Richardson, where research is sold to the military at the highest bid. However, he soon discovers another purpose when an extremely talented young psychic enters his life. He devises a project and builds a team to stretch the frontiers of exploration, only to make a reality-shattering discovery…

Written in the style of a TV series, The First Chronicle is the beginning of a 5 part epic which follows the spiritual and emotional journey of five people; their quest to understand the universe and our place within it.

Quantum physics meets spirituality in a tale which begins in the 1940s, unfolds during the 1960s; an era of social and spiritual transformation and reaches its conclusion in the modern age.

It interweaves the human dramas of love, betrayal, bitterness and above all, courage in a world where everyone must face their own dark shadow.

It’s also highly suited to Young Adult readers, who like sci-fi along with their paranormal, or those who like a more challenging read.

Content guidance: Suitable for readers aged 15 and over. Sexual scenes are suggestive as opposed to explicit. Some references to psychedelic drugs.

Was it the people here or the place itself that was insane? Did its aura drive sane people crazy in insane places?

She reached the reception, where a rather matronly woman recognised her. Despite this, the woman announced herself.

She signed into the visitors’ book, which was then replaced behind the desk where it belonged, and she was escorted to the low security wing. It sat at the end of a long corridor, which was not well-lit but even so, light twisted acrobatically across the walls, as if projected by car headlights. Ava behaved as if the situation were normal; she didn’t want to attract undue attention to her erstwhile grasp of reality.

The route to Maria’s room passed some rather unusual residents and each time, Ava glanced through the window in their door, very inquisitive as to what their story was. The first curiosity was a dark haired man, who was always surrounded by reams of paper and this time, the woman felt a strong desire to enquire about him.

“Is he a writer or something?” she asked.

Her escort was surprised at her interest.

“We call him The Scribbler, as the only way we can manage his behaviour is to give him access to paper and a pen. He writes constantly, but it’s all gibberish, rows and rows of symbols.”

Ava gave him a lingering glance, feeling a sense of sadness regarding his predicament. What a waste of human life.

They passed another character, a blonde haired woman with an intense and seething look on her face. This time, she wasn’t restrained although she crouched on her bed, bearing a menacing expression on her face. When she saw Ava, she snarled.

“What’s wrong with her, if you don’t mind me asking?”

Her escort acquiesced to her questioning again.

“Schizophrenia… she hears voices, which she claims instruct her to do evil. She enjoys inflicting pain on others, so we have to isolate her.”

Ava was touched deeply this time.

Her escort tried to smile sympathetically, although she said nothing. Ava made eye contact with the intense character behind the door, which sent a chill down her spine.

“She reminds me of the girl from The Exorcist,” she commented.

They turned the corridor, and there were two more people that Ava felt drawn to; a black man and woman, who resided in the same room. They appeared to be actors in a play of their own making.

“Lost in their own little world, aren’t they?” she said.

“We call them The Time Travellers, as they always insist they’ve travelled to the past and future. Most of the time they’re locked in an imagery scenario, living some other reality. We keep them together, as their behaviour is more manageable if we do so.”

The final curiosity that Ava had to ask about was a man with fair hair, who could often be seen punching at the walls, or shouting for books. He was oblivious to their presence and Ava’s gaze. On this day, he was standing in front of a wall, reaching out to touch it with his fingers.

“What is he doing?” Ava asked.

“He believes he can walk through walls,” her escort explained. “My, we’ve had some bruises over the years. I don’t know what’s worse, his wall or book obsession.”

They passed through some double doors, which required a security code to gain entry into the next corridor. There, they soon found room 104 and Ava paused outside.

“Has there been any change in her condition since I last visited?”

Her escort shook her head, sadly.

“She’s still in a persistent vegetative state, exactly the same as the day she arrived.”

Ava accepted the situation with reluctance.

“She’s the only living relative I know of,” she explained. “I was hoping one day I’d discover where we came from, who our parents are and if our father is still alive. Did you recover the file from the facility she transferred from?”

“Does anybody else visit her? They may be able to offer some clues to her history… why she ended up in this condition, when and why she cut her wrists…”

Her escort opened the door and Ava entered, determined to present a face of hope to Maria, her sister.

Get it on Amazon

What Reviewers Are Saying:

This book appeals to almost everyone. It may be fictional but it is not beyond the realms of possibility… read this book and you will be asking for answers to questions you may never have thought of before ~ BookStackReviews.com

For a realistic sci-fi novel with just enough drama to keep you turning pages, look no further. This was a mind-opening, very interesting and imaginative read!

An enthralling read from start to finish… this book has real originality and portrays an intricate journey… an intriguing and mind-bending journey that leaves the reader asking themselves huge life questions.~ BookStackReviews.com

If you like your novels Dan Brown style with lots of geeky science underpinning a thrilling and clever plot, you’ll love this. ~Alison Chester-Lambert, author of  The Future In The Stars – The Planets’Message for 2012 And Beyond

Every page is chock-a-block full of quantum theory, wildly idiosyncratic characters, out-of-body experiences, weird occurrences, and loose ends, all of which are tied together with a fanciful yet plausible conception of the grand unifying theory underlying the world around us. Oh yeah, and there’s some sex, drugs, and rock-and-roll thrown in for kicks. ~Jill-Elizabeth.com

Seven Point Eight has to be one of the most fascinating reads I’ve come by in quite a while… It’s always risky to mix several genres and sub-genres but for this book, the execution was flawless… Captivating and intelligently written – definitely could appeal to fans of Star Trek, Star Wars, Dan Brown books, fans of the Jodie Foster film ‘Contact’ and anyone who loves X-Men~ Dream Reads

A clever and intriguing story that blends science and spirituality and calls us to question what we believe in – what is reality… a thought provoking read that those who enjoy fantasy and science fiction are sure to enjoy. It will be a series to keep looking at and I will certainly look out for the second chronicle~ Paradigm Shift Magazine Issue 55

Marie Harbon has worked in both the retail and fitness industry. She has a degree in sport and fitness and taught group exercise for several years before settling into a post 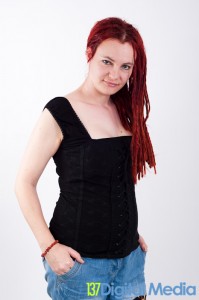 delivering BTEC Sport courses for two years. Since then, she has instructed dance with children and has decided to focus on writing as her main career.

She wrote her first novel length story at the age of twelve and has written on and off subsequently, evolving her style and literary maturity. ‘Seven Point Eight’ began life as a short story in the early nineties and was later developed into a full five part series of books. Work on ‘The Second Chronicle’ has already begun.

Marie has two children and lives with her son and four guitars in the town of Eastwood, Nottinghamshire, which is in England. She divides her time between writing novels and scripts, making things, teaching and being a mum. Her vice is fabric and she creates bags, corsets and clothes in the vintage and retro style.