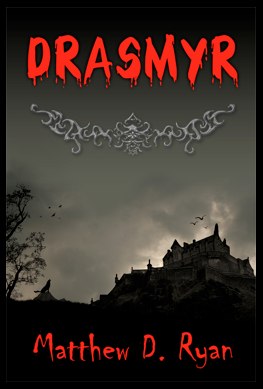 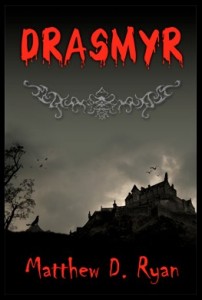 Vampire as Study of Evil in Drasmyr

(spoiler alert—though not a particularly big one)

The vampires in my novel “Drasmyr” are not particularly friendly. They harken back to the tradition of Bram Stoker’s “Dracula” as opposed to Stephenie Meyer’s “Twilight.” The master vampire, Lucian val Drasmyr, in particular is intended to be a quasi-demonic force of evil. He is human-like in appearance, even somewhat human-like in his musings, but at his heart he is a creature of darkness. He exists to kill and bring ruin to those who oppose him.

The first “lesser vampire,” a warrior woman named Clarissa, who falls under Drasmyr’s power is something of a study of corruption. Many modern vampire tales focus on the power of a vampire’s bloodlust, how good vampires must struggle day in and day out against their bestial urges, always coming within a hairsbreadth of crossing the line, but, through a supreme struggle of will managing to hold back. In my book, the bestial urges ultimately win. Clarissa begins the book as a human warrior with a code of honor and a set of strong moral principles, but when she is sent to destroy Drasmyr, she succumbs to his power and is transformed into a creature of the night. As a newly-formed vampire, though, she still clings to her human morality. There is a time in which she believes that she can adapt to her situation and remain a good, albeit inhuman, creature. She believes the can channel the bloodlust to positive ends and retain control of her innermost soul. But the bloodlust takes no prisoners.

Over the course of the book, she is forced to wage a battle against her growing animalistic desires, a battle she finds is growing harder and harder to win. Step by remorseless step, she slides deeper and deeper into a pit of darkness as the nature of the vampire twists and corrupts the very substance of her inner being. By the end of the process, she has completely succumbed to the bloodlust; she is now a willing minion of Drasmyr’s, fully engaged in waging war on his behalf and seeking the destruction of the wizards guild and the mercenaries they have hired.

The relationship between Drasmyr and Clarissa is one of master and slave. From the outset, his cruelty in his treatment of her is apparent; he does not “need” her in any sense of the word, though he does come to appreciate her in a tentative sort of way. His views of her could not, of course, be termed as anything like love, but is more like the affection one might feel for a pet. He enjoys her reliance upon him, and his own hand in her ensuing corruption, a corruption he knows all too well will ultimately come to pass. Finally, it is her destruction at human hands which spurs him on to his final confrontation with the wizards guild. He seeks vengeance, not because he truly loved her, but because his foes have deprived him of the tool he had in her, and have, therefore, earned the full fury of his ire.

In a world of wizards and vampires a clever man may make a fortune. But hunting the undead is no small task, as Coragan the bounty hunter will soon find out. He will need all his wits and the help of his comrades to succeed this time. Together, they must pit themselves against a creature so old time itself bends knee, an ancient vampire by the name of Lucian val Drasmyr. Read Drasmyr, a dark fantasy novel by Matthew D. Ryan.

We vampires do not make easy prey. Our weaknesses are few, our strengths many. Fear is something we do not know, and death but a distant memory. So tread softly, pray to your god, and gird yourself with silver when the moons arise and night’s dark prince awakens. We fear not the wizard, nor the warrior, neither rogue, nor priest; our strength is timeless, drawn from darkness and we know no master save the hot lust of our unending hunger. We long for blood, your blood and no blade, nor spell, nor clever artifice, can keep us long from our prize. Feel our teeth at your throat, your life ebb from you, and know as darkness comes to claim you that the price of your folly is your everlasting soul. 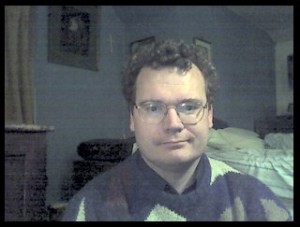 Matthew D. Ryan is a published author living in upstate New York on the shores of Lake Champlain. He has a background in philosophy, mathematics, and computer science. He also has a black belt in the martial arts and studies yoga. He has been deeply involved in the fantasy genre for most of his life as a reader, writer, and game designer. He believes he saw the legendary Lake Champlain Monster (a.k.a Champy) once and he has a cat named Confucius.