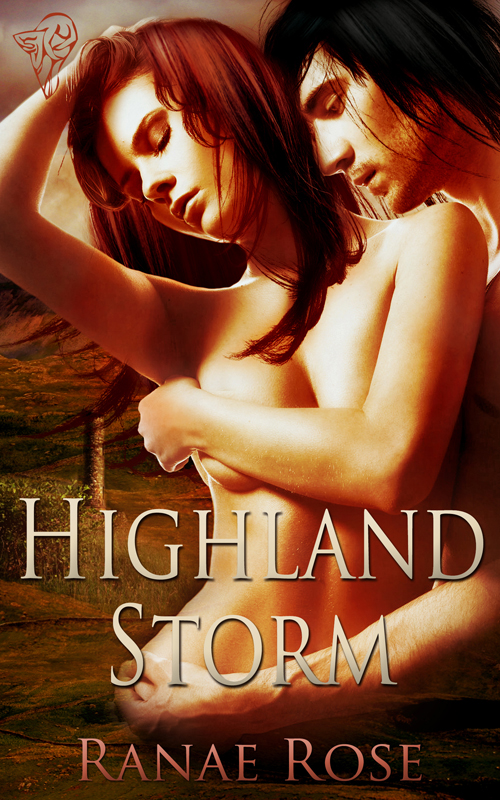 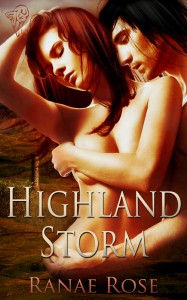 If you haven’t read anything by Ranae Rose, you have been seriously missing out.  Ranae        Rose writes Red Hot Romance.

I had the pleasure of interviewing Alexander Gordon, the very sexy man from her book Highland Storm.   Here is a brief blurb of the story:

A Gordon man ruined Isla Forbes’ life. Blamed for her brother’s death and desperate for escape from her father’s abuse, she journeys to a saint’s spring to plead for help. A fierce storm that sweeps across the highlands drives her into the arms of the striking Alexander Gordon, heir of Benstrath and half-brother to her own brother’s murderer. It’s obvious he’s the answer to her prayers…but should she redeem herself by killing him to avenge her brother, or let him save her by loving him?

When I met Alexander, I felt myself blush like a school girl  just looking at him.  He was tall and muscular, terribly charming, with long black hair and blue eyes.

I’m such a sucker for black hair and blue eyes!

Being from the Highland, he also had on a nice little kilt, and I wondered if he had anything on underneath. But my mind tends to head to the gutter like that 🙂

I met him at his family’s Highland estate, Benstrath.  After a huge feast, Alexander and I sat down together and had a little chat.  And no, I didn’t get a peek under his kilt!

Carly:  Thank you for your hospitality, Alexander.  I appreciate your time.  Can you give a brief synopsis of your story Ranae has written?

Alexander:  The story is about how I met my wife, Isla, and how we were merrit, and all the trouble that caused. It wasna exactly what ye’d call a proper marriage – I was ridin’ home when I found a lass stranded near the edge of Gordon land, and she was a Forbes – our clans were feuding, and still are. She didnae think much of me at all, nor my offer of assistance, but it was a wretched day, and I couldna leave her there alone with her nag to weather a storm. So I helped her get to where she was goin’, and it wasna long before I found out that she’d been wronged by one of my kinsmen, and had endured a great deal of suffering for it. As far as I could determine, there were only two ways to restore her honor: to let her take my life in recompense, or to marry her. I reckon ye know which she chose, for I wouldna be here to tell ye about it if she’d chosen the former.

Neither of our families were content with our decision to marry, save for my father. T’was his opinion that truly mattered, if ye ask me, but damned if my half-brother and step-mother didn’t try to bring our union to ruin – and that’s not even mentioning Isla’s own father.

Carly:  Is there a part of your story you wish Ranae hadn‘t told?

Alexander:  Well, I dinna see why she had to go into such great detail when it came to my wife and I lying together. I dinna think Isla knows all that’s been written down in a book, and I willna tell her, for Icanna imagine that any woman would be pleased over it.

Carly:  Did she leave anything out you wish she would have told?

Alexander:  Aye, there’s a part in the book where she mentions the scars I bear from the many times my half-brother Alpin tried to do away wi’ me. I wish she would hae made it known that I repaid the wee bastard with a few of his own, when we were lads.

Carly:  Will your story go on in a sequel?

Alexander:  I amna the one writing the books, but I dinna think so. Life has settled down at Benstrath, and we have a family now, Isla and I.

Carly:  Well, it was a pleasure to meet you, Alexander.  I wish you much happiness with Isla, and thank you again for having me into your home.

Ranae Rose is an avid reader and writer who can’t resist a good love story, and the hotter the better. She lives on the US East Coast with her family and animals, and when she’s not writing she prefers to be in the saddle or lost in a good book with a cup of tea. You can find out more about Ranae and her books at: www.ranaerose.com