Not Long Ago – Susan A. Royal 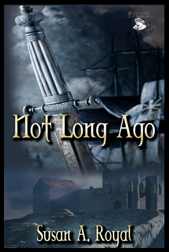 I’m happy to be hosting Susan A. Royal today and her book, Not Long Ago. Susan is offering up an ebook copy of Not Long Ago to a commenter. I will be picking the winner Friday the 26th.

I also asked her if she believes in ghosts, so to get you ready for Halloween, I’m going to hand it over to Susan, and then you can read about her book.

My topic today is the subject of ghosts and whether or not I believe in them.  I’ll say up front that I’ve never had a ghostly encounter, but they have happened to members of my family.

Our family has had the privilege of living in several different houses over the years.  The home we live in now was built over a hundred years ago for a farmer and his wife. They had seven or eight children who slept in one huge upstairs bedroom. Since that time many owners have come and gone.  For a while the house was even a duplex.

Old houses have a habit of creaking and settling like old bones.  Generally filled with nooks and crannies under the house, in the walls or the attic, an old house provides the perfect atmosphere for things that go bump in the night.  When the sun goes down, and the house is dark and everything hushed and quiet, the imagination runs wild.  Most of the time, the things you see or hear can be accounted for by perfectly rational explanations. Most of the time…

When my youngest son was fifteen or sixteen, he was bitten by the desire to learn to play the guitar.  Before long he’d acquired both an acoustic and an electric bass.  Anyone who has lived with someone learning to play a musical instrument knows that in the beginning, practice is sheer torture for those of us not directly involved.  And in our old house, the sound seemed to permeate both upstairs and downstairs.  So he got into the habit of practicing when he was the only one home.  That way he didn’t have to listen to screams of “keep it down”.

One day when he was practicing, he heard a voice.  He thought he was getting feedback from his amp.  He decided he must be picking up music from the local radio station, which happened from time to time.  But he discovered the same thing happened when he played his acoustic guitar. Then he thought it might be me or his sister singing along with him, only when he went downstairs to check, neither of us was there. No matter what song he played, a high, clear soprano voice harmonized perfectly with him as though it were a practiced thing.  He didn’t hear the voice every time he practiced, but  it always occurred during the day and always when he was alone. He didn’t tell us about it until years later, because he thought we’d laugh at him.

One night my husband was sitting up late, watching television.  I’d already gone to bed.  Out of the corner of his eye, he saw me pass by the living room door, and he assumed I was going down the hall to the bathroom.  When he didn’t see me come back, he became concerned, thinking I might be sick.  So he stepped to the door and peered down the hall.  The door was open and the bathroom was empty.  He leaned forward and turned the other way and said he could see that I was still in bed.  But when he did that, he felt someone jab him from behind.  And of course, no one was there.

Neither of these guys has overactive imaginations, so I know this actually happened to them and wasn’t just the product of an overactive imagination.  They really experienced what they say happened.  I don’t know whether ghosts really exist or not.  But I do know there are many strange things in this world that cannot be explained, and as human beings, we feel the need to seek answers for things we do not understand.  I think it’s a part of our makeup.

I’ve heard it said the past, present and the future all exist at the same time.  Maybe what we experience is an encounter with someone from another time, someone who is asking themselves “did I just see a ghost?” at the same time we are.  Who knows?  Maybe someday we’ll find out.  Until then, we’ll have to make do with our speculations.

Not Long Ago
By Susan A. Royal

Erin has met the man of her dreams, but as usual there are complications. It’s one of those long distance relationships, and Griffin is a little behind the times– somewhere around 600 years.

Erin and her employer, March, are transported to a time where chivalry and religion exist alongside brutality and superstition. Something’s not quite right at the castle, and Erin and March feel sure mysterious Lady Isobeil is involved. But Erin must cope with crop circles, ghosts, a kidnapping and death before the truth of her journey is revealed.

Forced to pose as March’s nephew, Erin finds employment as handsome Sir Griffin’s squire.  She’s immediately attracted to him and grows to admire his courage, quiet nobility and devotion to duty.  Yet, she must deny her feelings.  Her world is centuries away, and she wants to go home.  But, Erin can’t stop thinking about her knight in shining armor.

I saw him the other day. It happened when I cut across Market Street and passed in front of the fancy new coffee shop. On the other side of spotless glass, waitresses in crisp black uniforms served expensive coffee in fancy cups and saucers. One man sat alone at a table by the window. No one I knew, just a handsome stranger who glanced up as I passed. Our eyes met and I froze in the middle of a busy sidewalk crowded with impatient people. Annoyed, they parted, sweeping past me like water rushing downstream.

What I saw left me reeling, as though someone had knocked the wind out of me. My glimpse deep inside the man’s essence unnerved me, but I couldn’t look away. Who was he? The waitress stopped at his table. He turned, lowering his cup into its saucer and shook his head, his mouth curving into a familiar smile that made my heart lurch.

After she left, his eyes returned to mine. A moment before, I thought they’d held a spark of recognition. Now, I saw nothing. I felt cold, as though he’d slammed a door in my face and left me standing outside in the rain.

I had no other choice but to move on.

It wasn’t just recognition—I knew things about him too. Things I had no reason to know. An image flashed in my mind: the curl of hair at the nape of his neck; a scar snaking down his arm. I’d put it there, after all.

I knew the man before me was an excellent horseman, accomplished swordsman, and an honorable man. Beyond the shadow of a doubt. How could I be so certain?

There was something else. A chilling realization crept up my spine. He didn’t belong in my world. Not in the coffee shop, not in the city. Not anywhere. None of this should have happened. We should have been no more than casual observers sharing a moment before going our separate ways. But something went wrong.

Born in west Texas and raised in south Texas, Susan makes her home in a 100-year-old farmhouse in a small east Texas town that comes with a ghost who has been known to harmonize with her son whenever he plays guitar.  She’s married, with three children and four grandchildren.

She comes from a family rich with characters, both past and present. She spent her childhood listening to her grandmother’s stories of living on a farm in Oklahoma Territory with three sisters and three brothers and working as a 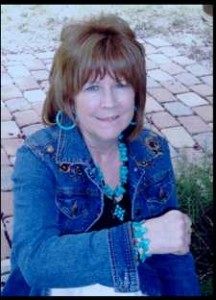 telephone operator in the early 20th century.  Her father shared stories of growing up in San Antonio during the depression, and through her mother’s eyes she experienced how it felt to be a teenager during WWII.

Yesterday, the first piece she ever submitted, won author Cody James Wolfe’s Flash Fiction Newsletter Contest and that started it all. Her entry, Lost Souls, won 2nd place in the 2009 short story contest of the Northeast Texas Writers’ Organization and My Father’s House won 3rd place in the 2010 competition.  Not Long Ago is a time travel adventure/romance, available through MuseItUp/Amazon/B&N.  She is currently working on a sequel, because the Erin and Griffin’s story wasn’t finished.  In My Own Shadow is a Fantasy adventure/romance, due out May, 2013.