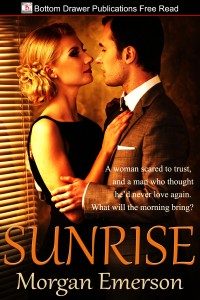 This is a free read! Go pick it up!

A woman who is scared to trust, and a man who thought he’d never love again.

Katherine Niccoli is a successful accountant with an impeccable reputation. She’s worked tooth and nail to improve her life, so she doesn’t have to depend on anyone again. She learned the hard way that men can’t be trusted—having been a teenage mom and suffering through an ugly marriage. She doesn’t risk getting involved anymore. She’s happy dating young, uncomplicated arm candy.

Miles Chase never thought he’d find love again. One steamy weekend in Cabo changed all that. Away for a weekend of playing golf with friends, Miles blew off his plans and enjoyed a passion-filled encounter with a gorgeous woman. When she was gone the next morning, he was left feeling empty and alone all over again.

When Miles meets Kat again at a charity fundraiser six months later, how can he convince her that she can trust him with her heart?

Miles Chase easily spotted his son standing with the other families at the bottom of the escalators at the arrival terminal. The eager look everyone wore as they waited for their loved ones coming off the planes was always a joy to see. Kyle, though, stood at the outer edge of the large group, looking dapper in his sleek suit, and was looking down at his phone.

Watching a frown mar Kyle’s face, he worried that his son worked too much. He was too young to be so serious already. Just as Miles reached the bottom of the escalator, Kyle tucked his phone away and looked up. Miles lifted his hand, and Kyle stepped forward to embrace his dad. Miles patted his son on the back a few times before stepping back and studied him some more.

Even though Kyle was the spitting image of himself, Miles could still see some of his wife in him. A pang of sadness hit him when he thought of her not seeing how Kyle had turned out.

“You didn’t have to pick me up. I could’ve taken a cab, son,” Miles offered with his hand on Kyle’s shoulder.

“I know, Dad, but then who would’ve taken you to lunch?” Kyle smiled.

They had left the airport and climbed into Kyle’s Audi before they spoke again, making small talk about the local weather and what was happening back home in Georgia. Miles couldn’t help but notice his son jumped anytime his phone made a noise and was a bit distracted the whole drive.

They were finally settled down to eat at Miles’s favorite restaurant near the beach in Malibu before Kyle inquired about his sudden visit.

“It’s not that I don’t love seeing you, Dad, but this is your third trip in six months. Is everything okay? Something you’re not telling me?” Kyle asked with a concerned look.

Miles chewed his bite of steak and considered how to explain his feelings. He found it difficult since he couldn’t pinpoint anything specific, only that there was something bothering him. The usual loneliness and boredom that had plagued him since his wife died were there, but it was more than that lately. It was a soul-deep feeling of something missing from his life.

“If I’m being honest with you, son, I’d have to say I’m probably missing your mother. She’s been gone awhile now, but being near you always makes me feel closer to her, I guess,” he explained.

“Is that all that’s going on? How’s the business doing?”

“It’s great. We’re finally seeing a pretty solid upswing after the market took such a hit from the GFC. Robert and I were lucky we got into commercial real estate as well as the residential, so we’re turning a pretty nice profit.

“That’s great, Dad,” Kyle said. “So with business booming how are you able to get away so much?”

Miles smiled. “We’ve got some good people in place, son, we’ve been planning for this for a while now.”

Miles thought back to the conversation with his business partner about taking some time away, and Robert had been all for it. They’d set up some great managers a while ago to assist them, and they were both comfortable enough now to leave things in their capable hands.

“I suppose I’m feeling a bit restless, but that’s not really it either. It started, I guess, when I returned home from the weekend in Mexico six months ago where I met that woman,” Miles said. “It’s not everyday someone can touch you that deeply in such a short time.” Kyle nodded.

Miles would never forget Kat, the woman who’d rocked his world one steamy weekend in Cabo. At the resort for a weekend of golf with friends, all it had taken was one glance at the woman by the pool, looking like a movie star in her white bikini and sunglasses, and he’d forgotten all about golf.

He had never known her last name and was unable to track her down as Kyle had suggested he do when Miles told his son about her previously. He stared out the window of the restaurant as memories of that weekend flooded him. The smell of the lotion she used, the sound of the waves as they lay on the bed with the balcony doors open.

Where to pick it up: 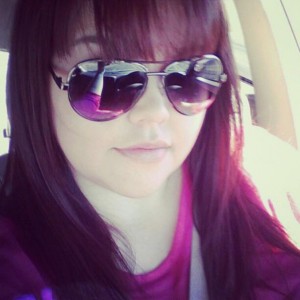 Morgan Emerson’s a zoo keeper, a maid and a chauffeur on top of being a reader, writer and a daydreamer.  Morgan lives in the desert, on the outskirts of Phoenix, Arizona where she and her husband try to wrangle their three small children.  Her passion for reading started as a teenager, leading her to write poetry and short stories as an adult. She was inspired by another stay-at-home mom turned author to start writing herself, and her favourite characters are Alpha males and sassy women.

A little about Bottom Drawer Publications

Welcome to Bottom Drawer Publications. Our motto above says it all. Publishing both e-books plus print-on-demand for our novel-length books means that if you feel like something to read at any time of the day or night, you can download a reasonably-priced, quality book within minutes from your choice of booksellers, including our own digital shop. If you prefer to hold a paperback in your hands, our print-on-demand printer has presses in the US, UK, Europe and Australia, meaning shorter delivery times and lower postage costs to you.

We are an inclusive publisher, believing love is love, which is why you won’t see a separate LGBT genre—we publish hetero and gay fiction in all of our romance sub-genres: