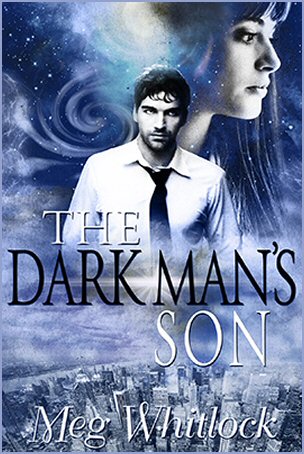 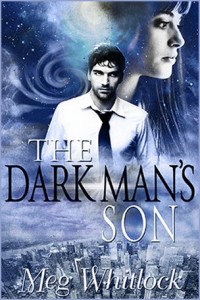 Today I’m very happy to be hosting Meg Whitlock and her book, The Dark Man’s Son.  She has been kind enough to offer up a copy, so please read about the book, and enter to win below.

She claimed the muggers were demons, but of course Jason didn’t believe her. At first.

When a mysterious woman appears in a dirty alley to rescue Jason Latimer from a pair of muggers, he tries to write her off as a garden variety lunatic. But he can’t shake the memory of her intense green eyes that seemed to flash gold, or the glowing sword she’d worn on her hip.

She calls herself Alex (no last name) like she’d made it up on the spot, and she offers Jason her protection. From what, she can’t or won’t say. He refuses, and that night he dreams of a dark man with the same offer. His black eyes flash blood and garnet, and he smells of burning things. Jason refuses him, too.

A chance meeting brings Alex and Jason together again, and she tells him of the Guardians: two immortal beings created near the beginning of time with the express purpose of fighting for mortal-kind’s soul. She is Light, and the man from Jason’s dream is Dark. Jason must choose, because Lucifer, for reasons purely his own, has unleashed the armies of Hell to hunt Jason down.

But there are things about Jason that not even he knows, and he’ll face hard truths and bitter choices as he struggles to find his place in a world redefined. Will he rise to the challenge, or, when the time comes, will he falter?

From Renaissance Florence to the French Revolution, from World War II to the modern streets of New Orleans, The Dark Man’s Son is a riveting journey filled with unforgettable characters, wry humor, dark twists, and a touch of romance.

Jason Latimer was a logical man. He lived in a concrete world with concrete parameters. The sun rose in the east, set in the west, and in between the two (on either side) demons did not walk. Crazy ninja chicks did not show up with swords (but wait: he must’ve imagined the sword after all, because he hadn’t seen it again after that first shaky glimpse) and wild stories to rescue you from muggers. Muggers, to address that point, did not have strange, distorted faces and voices that sucked all the air from the room.

Jason splashed cold water on his face and scrubbed at his cheeks with long-fingered hands. He stared at himself in the bathroom mirror. A stranger stared back at him through familiar midnight blue eyes. Dark stubble dusted his jaw. His nose was badly swollen. He made a note to get his unruly hair cut; when it started to go curly at the back and sides it was time.

Deciding he’d put the inevitable off long enough, he grabbed his nose and pushed it back in place with a painful click. He let out a long stream of obscenities as he applied the bandage, and, still cursing, pressed a bag of frozen peas (his grandfather, apparently, believed in being prepared: the freezer had been full of them) against his face.

He worked around the bag to pat his skin dry with one of his grandfather’s thick towels. His belly rumbled, but he ignored it: Thai suddenly didn’t sound as appetizing as it had hours ago, before he’d left his grandfather’s ridiculous Baroque nightmare of a brownstone and stumbled out onto the street and into an actual nightmare.

That wasn’t fair, Jason thought with a shake of his head. The old man’s place wasn’t that bad. It was just…ornate. And kinda creepy. If there was a single surface free of a grinning gargoyle or an extra, overwrought curlicue, Jason hadn’t been able to find it. Even the towels were over the top.

Jason absently rubbed the tattoo on his upper arm as he considered the bedroom he’d claimed for the duration of his stay here. It was the least histrionic of the brownstone’s six, but it was still way too much for Jason’s taste. The master suite had been out of the question: he wasn’t sure how his grandfather had been able to sleep a wink in there. It would’ve given Bram Stoker the willies.

He frowned and shook his head again. All these musings on his deceased grandfather’s choice of decor were really just avoidance. The last thing he wanted to think about was the weird mugging and the even weirder woman who’d come to his rescue…a rescue he hadn’t needed, he still stubbornly insisted.

With an impatient, oft-repeated gesture, he brushed a lock of black hair off his forehead and tried to clear his mind with a few deep, careful breaths. His swollen nose made it painful. He discarded the peas, centered himself, and began the soothing motions of his nightly Tai Chi routine.

He gave it up as no good after only ten minutes. He couldn’t hold the forms; he couldn’t get his breathing right; and his mind simply refused to focus. With a grumbled curse, he stripped out of his workout clothes and tugged on the shorts and t-shirt he wore as pajamas. He grabbed his laptop and the peas off the table and climbed up into the high bed. It was time for some serious Googling, he thought.

First things first: what could the vast reaches of the internet tell him about Guardians, and what exactly did they have to do with Jameson O’Connor, his mysterious and recently-deceased grandfather?

Meg Whitlock has been writing nearly all her life, and she’s glad she finally got over her laziness and wrote the book she’s been dreaming about for years. She graduated from Queens University of Charlotte with a BA in Comparative Arts with an Art History specialization and an Ancient History minor…which is a mouthful no 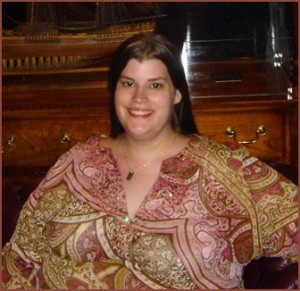 matter how you say it. She has four cats (including an invisible one), a car named Babar, and a vivid imagination.

In 2001 her one-act play, “The Shoebox,” was produced by Catawba College in Salisbury, NC and presented at the American College Theatre Festival. She was honored by Art:21 and the Mint Museum of Art for her essay “Kara Walker: Using Stereotypes to Provoke Thought,” and she’s won awards for both her fiction and non-fiction writing.

For the rest of the tour, please click here: