Whisper of a Witch – Suza Kates 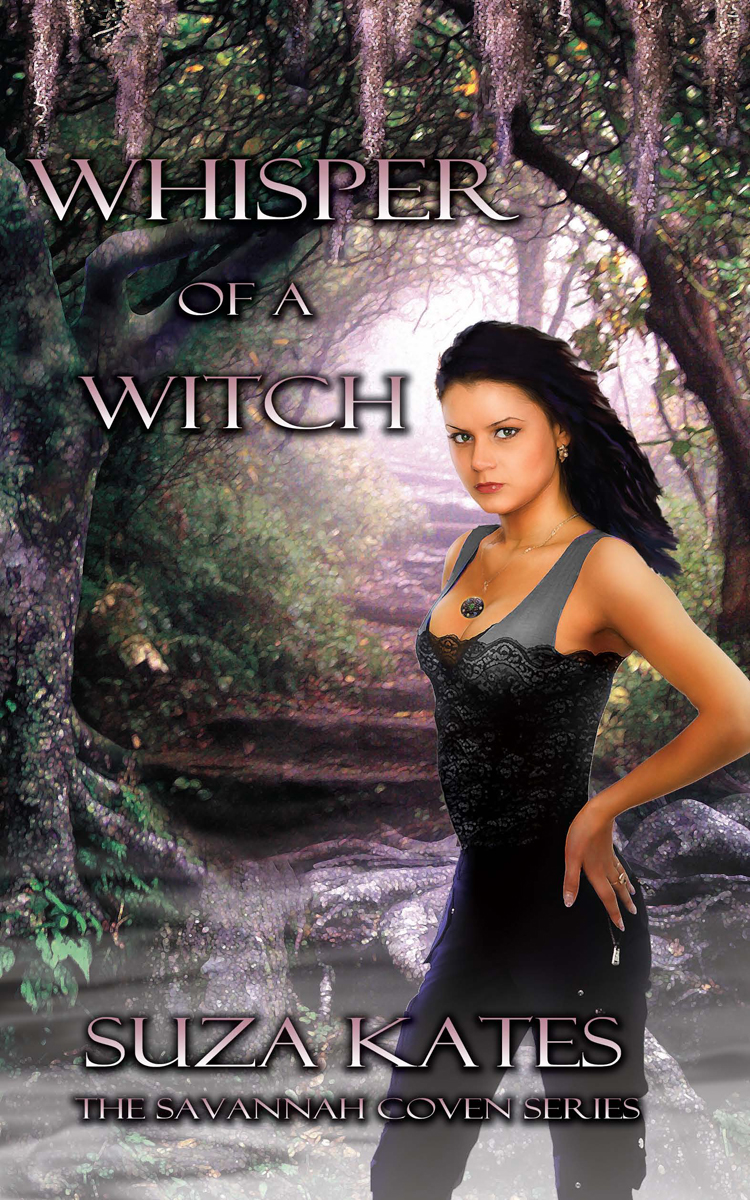 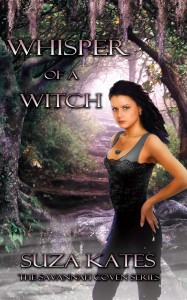 Today I’m happy to have Suza Kates and her book Whisper of a Witch. Suza will award signed cover flats and pens to a commenter at every stop, a total of five $15 Amazon/BN GCs to randomly drawn commenters during this tour and her Book Blast tour, and gift basket to one commentator from both this tour and her book blast tour, as well as a randomly drawn host prize TBA.

Suza has written a blog post on Prophecy as it pertains to her book, and then we get to take a peek at an excerpt from the book. Take it away, Suza!

The women of the Savannah coven have all been blessed with natural gifts, powers that range from speaking to animals to moving objects with a flinger-flick. Once they gather on the St. Germaine island, they find out they’re more than just talented.  They’re witches.

When I began planning The Savannah Coven Series, I knew three things. I wanted the books to have magic, sisterhood, and mystery. What better way to raise the stakes than a prophecy left just for them to fulfill? Better yet, I thought, a three-hundred-year-old prophecy handed down by witches who’d fought the same evil centuries before.

One of the things I love about writing paranormal stories is there are no limits. The prophecy in the series is entirely from my imagination, but when it comes to the history of Savannah itself, I try to use as many facts as I can.

For example, the items the coven is tasked to find are all fictional, (I can’t say what they are, or this will be a spoiler!) but the places they’re discovered really exist somewhere in the city. So while the prophecy is imaginary, it’s fun to mix magic and destiny with the streets and buildings I can see for myself every day in the historic district.

Another good thing about the prophecy is that it reveals itself in bits and pieces to the coven.  The women are given the basics early on, but each of them has their own challenge to face. Each witch will be tested and given more information to work with, but with every trial the danger increases.

The prophecy reminds the coven they’re fighting a great battle. They aren’t simply trying to survive but to protect the lives of innocents who have no idea a supernatural war is being waged around them. Despite their strengths and ever-increasing power, the women of the coven are always at the mercy of something bigger, stronger, and more fickle. Fate.

Knowing they are destined to fight this war also worries the coven for another reason. Every woman who is called to stand also finds herself falling in love. When a pattern develops, the next witch called struggles with the fact a new man has been brought into her life. Will fate decide their soul mates? Or is choosing to love the act that will seal their victory and fulfill the prophecy?

The challenges facing the women provide plenty of opportunities to face their fears and learn about themselves, and the prophecy leaves questions unanswered. I hope you decide to visit the witches in Savannah and that you experience the same three things that they do.

Biologist Shauni Miller, a beautiful as she is compassionate, harbors a secret that could alter her life forever. If she chooses to share it. Dr. Michael Black helps

Shauni in her time of need, but sees more in the raven-haired temptress than she ever meant to reveal. He knows she’s hiding something, but then, so is he. Both Shauni and Michael have a role to play and decisions to make as a centuries-old prophecy has yet to be fulfilled. Only the fates know if they are meant to be together. Or if one of them has to die.

Willyn opened her mouth to speak, but paused and looked down at the stone floor. All of the women stilled and listened.

Shauni grasped Hayden’s arm just above the elbow when she felt a low but very distinctive vibration. It was more like a hum and came from the floor, the walls, possibly the ceiling. It was all around them, and judging by the others’ faces, they felt it, too. “What is that?” she whispered.

A new voice spoke gently but with the authority of one who was well acquainted with privilege and position. “What you’re all feeling is the power of the nine.”

They turned to find another had joined them. Sable brown hair fell around her shoulders and brilliant blue eyes held warmth and welcome above a serene smile. “You’ll get used to it, so that you probably won’t even notice. And it only occurs when we’re all together.” Her lips spread into a playful grin. “Just wait until we link.”

Shauni remained where she was but zeroed in on the elegant woman, still very young to be so comfortable wearing the unseen but almost palpable cloak of power. “Link?”

“You know why we’re here?” Paige asked. “Because I’m ready for some…”

“Answers,” Anna finished for her. “Yes, I know.” She stepped back and swept a hand toward a door in the back of the room. An invitation. “And I have some.”

Suza Kates can’t remember a time when she didn’t love books, but two particular memories stay with her. “As a young girl I picked up Little Women, read it straight through, and promptly turned to page one to start all over again. The next book I did that with was Mind Hunter by John Douglas, tales about profiling serial killers.” 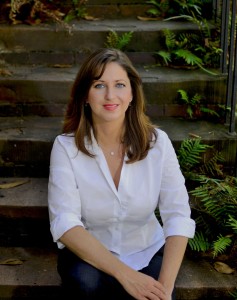 Thus a twisted romantic was born.

Throughout her teenage and young adult years, she read everything from horror to historical romance yet never imagined writing anything of her own.

It was during a long, cold winter in a tiny apartment in Germany that Suza picked up a pen and notebook to entertain herself. “The apartment was so tiny, my bed also served as my living room couch. Plus, I shared it with three cats.”

Missing the warmth, the hospitality, and the food of the South, she wrote about those things with a huge dose of family thrown in. She says she still has a sweet spot in her heart for her first book, Southern Moon, but to date, she hasn’t revisited it for submission to her publisher.

Suza followed her heart to Savannah, Georgia, and it was the gorgeous city with its moss-covered oaks and secrets of history that inspired her to consider paranormal romance. “I had an idea about sisters and magic, so I went to work on the first book of The Savannah Coven Series, Whisper of a Witch. The series is still going strong, and I am grateful every day that I took a chance on paranormal romance, a genre I wasn’t very familiar with and had never actually read before writing it.”

Suza has since joined RWA and can’t say enough about this organization. “The education and support are unparalleled. I am so grateful to all of my fellow writers who have offered advice.”

Suza still resides in Savannah and is currently working on her next book. She considers it a perfect day when she can sit at the keyboard with coffee in her cup and one of her cats purring in her lap.